Whenever I take advantage of one of the BMV sales to order patterns online inevitably I end up buying a few "fillers".  If the shipping is the same price for 4 patterns as it is for 7, well I will find 7 patterns (which I am sure is the whole idea).

This is one such filler, it's a pretty basic top and I probably have something similar in my years of Burda magazines that I could tweak, but I know myself well enough by now to know that I won't get around to it. 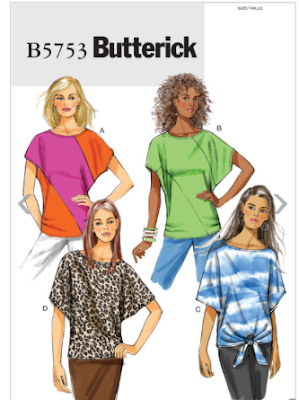 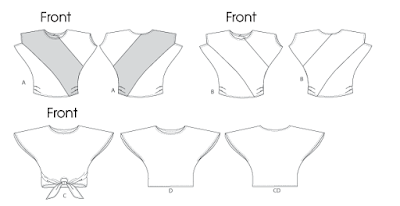 I made view C with the tie front, it looked pretty roomy so I cut a size smaller than my usual pattern size and used the Small.

I added a seam to the centre back, purely to fit onto my fabric, a deep sky blue knit that I had only bought a small amount of to match an orphan skirt (more on that later).  I also stitched up the side seams quite a bit higher than the pattern indicated to make the armholes smaller - I think around 8cm. 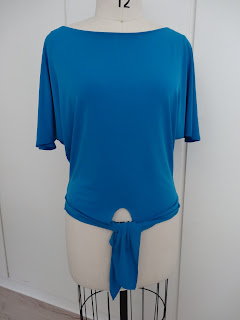 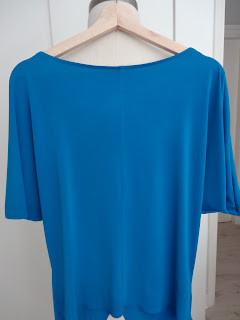 This is a very easy pattern, but the pattern instructions just say to do a 5/8" double hem on the neck and all around the hem and ties.  The neck is probably wide enough that you can get away with this treatment, although I used a strip of fabric as a mini facing instead.  I think if you try and do their suggested hem treatment around the ties it would be an exercise in major frustration with a messy result.  I did a kind of narrow hem treatment instead which is much easier, albeit not perfect.  I stitched a line all around the hem and ties just a presser foot width from the edge, pressed up against this line , stitched again and then trimmed away the excess close to the stitching. 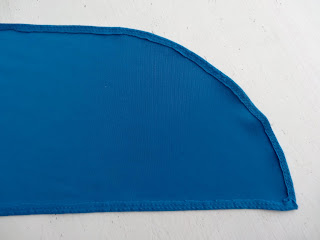 As I mentioned the neckline is very wide so I attached some lingerie straps to keep it in place.  I'm slightly embarrassed to confess these are purchased, but it's really easy to make your own with ribbon and press studs.  Hey at least I sewed them in instead of using the little safety pins they came with!

If I make this again I will make the neckline narrower, views A&B appear to have a smaller neck.  I'm also intrigued by views A&B, the notch in the sleeve looks a bit weird, but the colour blocking will be good for using up some up my many leftover bits of jersey. 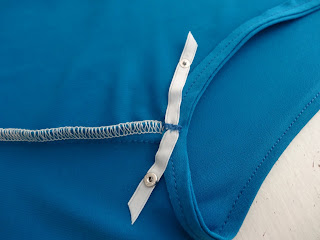 Here is the skirt that I made a while back and have neglected due to a lack of tops to wear with it.  It is a very simple straight skirt from an ancient Burda that I like because it hangs straight,  yet doesn't need a walking split.  There is a similar one in 05/2016 - 120.  Both originally have a side zipper, but I move it to the back if I can as it's much easier to fit as I go that way.

I love the print on this fabric, sort of a close up gemstone print. and it should be easy enough to find other things to pair this with.  The fabric is a silk crepe so I underlined the pieces in silk satin to give it a bit more body. 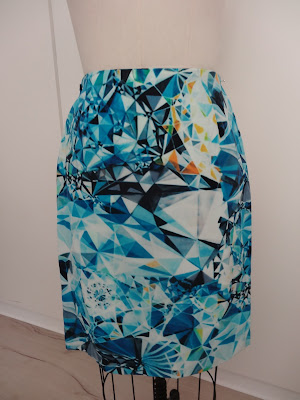 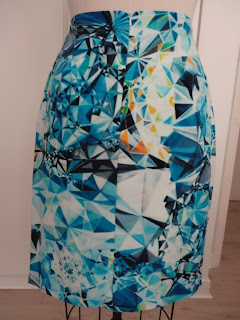 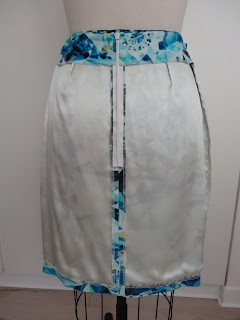 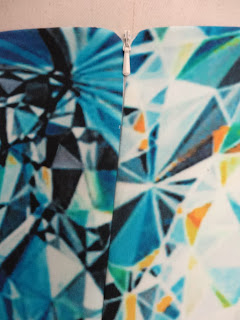 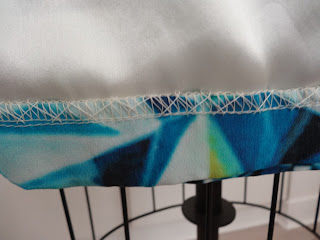 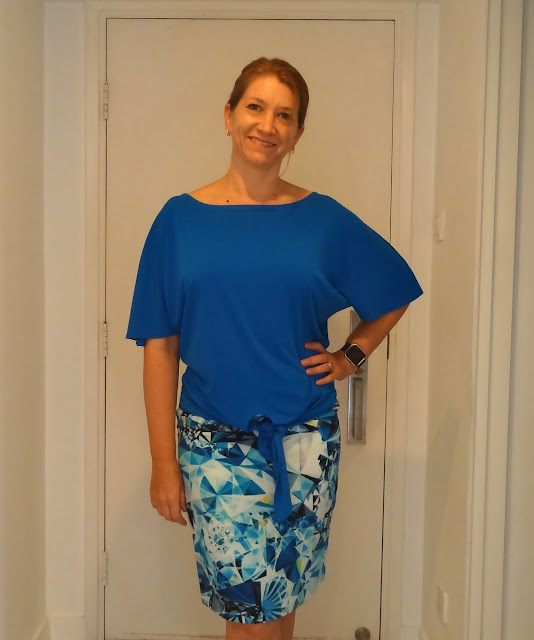 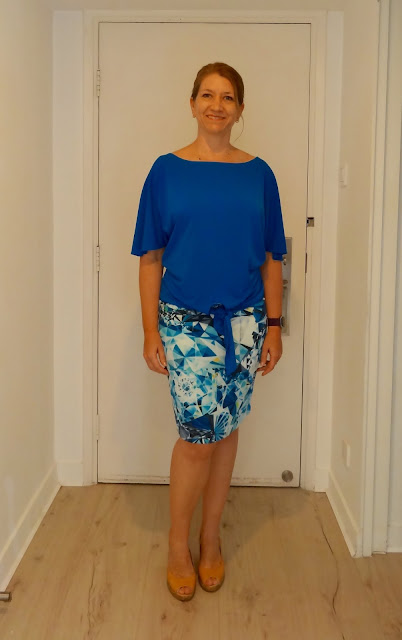