I've made this dress twice before, a cocktail version, view C and a casual version, modified view A, the latter long removed from my closet as I wore it so much over 2 summers.  Here's the pattern: 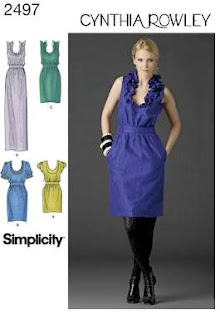 This is a great pattern so out it came again to pair with the garden birds cotton print I bought recently. 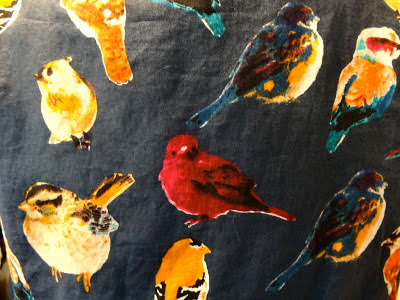 I did attempt to add piping on the bottom of the neck band to minimise the effect of cutting off some of the birds heads at the seams, but the neckband is pretty curved and the piping had the effect of easing in the fabric so much that joining the band and bodice together was an exercise in major frustration.  Then I decided to lighten up about the print and just treat it as a floral and I'm happy with how it came out despite having a few decapitated birds round my neck and waist (that sounds weird...!). 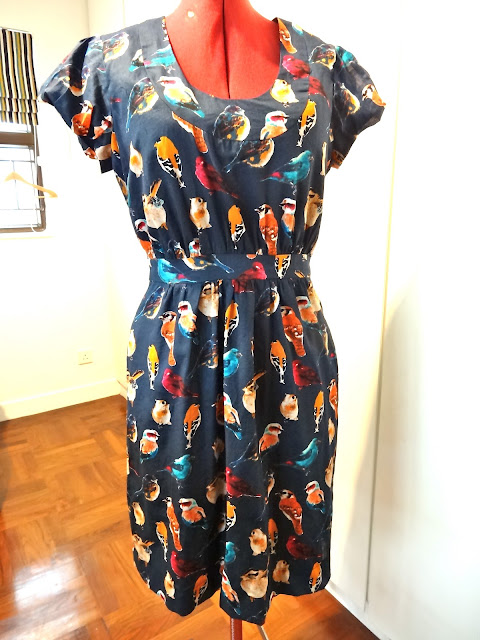 I made View A, size 12 with no changes other than adding a full lining since my fabric was on the thin side.  In my previous versions I have left out the side seam pockets but I decided to add them this time.  I must admit putting a side seam pocket where you also have a side zipper threw me a bit, but after some pinning and checking I got there in the end.

Here is the inside of the dress, the cotton I originally planned to use for the piping became contrast facings.  I actually quite like how this looks so maybe a solid version with contrast neck and waistband is on the cards.  The pattern comes with separate sleeve lining pieces which act as a stay for the puffed sleeve in view A. 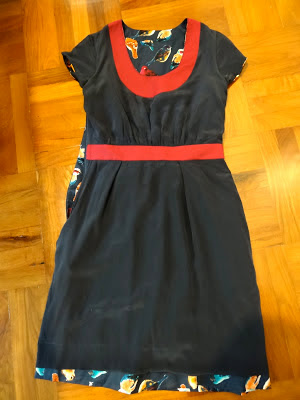 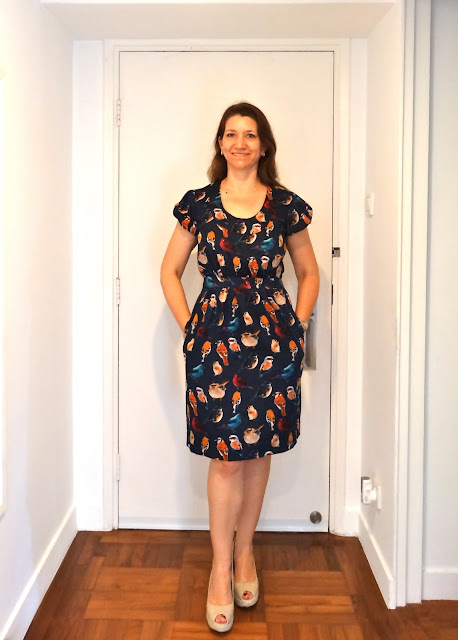 I did wonder if the bird print, puffed sleeves and gathered skirt would end up being too cute and girly a combination for me but I really like how it turned out and I'm sure this dress is going to be worn till it falls to bits like it's predecessor.