With an entire afternoon to spare, what a luxury! 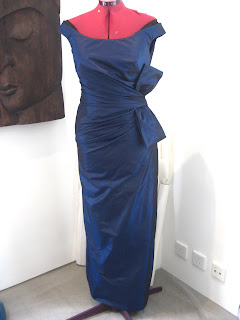 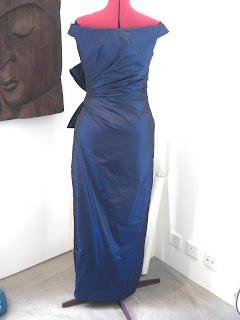 I do wish I had had more time to spend on the dress, the workmanship on this is not perfect and it would have been nice to explore a few couture techniques, but I figured it was better still to get it finished!
Vogue rates this pattern as average which since it has a boned foundation surprised me, but fortunately for me with my time constraints, for the most part I agree. The dress itself is fairly straightforward to sew and I followed the instructions which are good. Marking all the pleats is time consuming and without a doubt the worst part was sewing the straps to the back of the dress. I did start to wonder part way through this process if I could have treated this like a lined sleeveless sheath and pulled the lining through the shoulder seams - I'm not sure, impossible with the boning? If you make this I suggest leaving the lower ends of the straps open longer than you think otherwise trying to manipulate the seam and it's many layers under the machine is no fun.
Tracing Burda patterns is good practice for following these pleat lines! 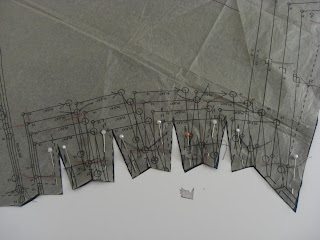 Other changes I made to the pattern are as follows; 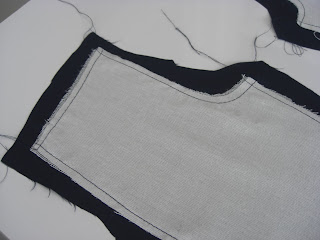 The foundation really helps keep all the pleats in place and stops any drooping of the back neckline - I could have made it very tight in the back instead, but this stye of dress is quite restrictive on the arms at the best of times so the foundation actually makes the dress more comfortable to wear. It does extend to the hip, but the boning finishes at the waist so I hope I will be able to sit down and eat in it. We will find out in a few hours! 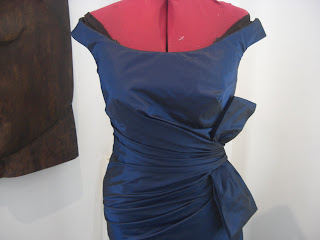 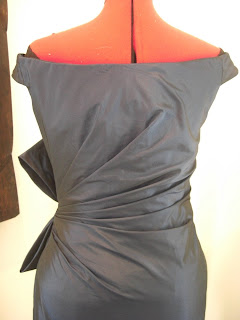 I will take more photos tonight when I am wearing it and post those next time.
I don't know why my dressform is listing over like this, I will probably look the same by the end of the night! 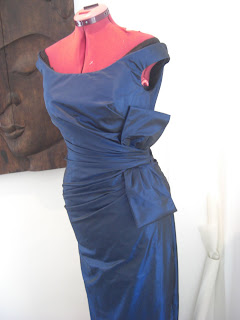