I chose this fairly classic style jacket from the 01/2007 issue of Burda magazine - I'm not sure why I had to go back quite so far to find the details I wanted, but it made tracing out the pattern much easier than the newer issues.  It is actually a pattern for tall women, but I made it with no alterations so if you are tall through the torso then beware!  I am 5'6 which I think is average or at least not tall. 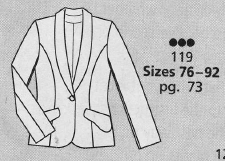 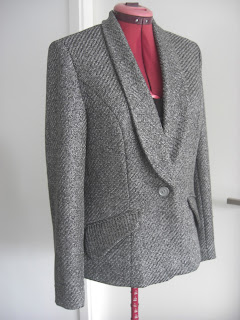 Since tailored jackets are rather involved I'm splitting this post into two parts - here is my usual summary and photos.  For those who are interested in the inner workings of the jacket I will do a separate post showing photos from the inside before the lining went in.
My fabric is either a loosely woven metallic tweed or a boucle, I'm not sure where you draw the line between the two.  Anyway it looks like this: 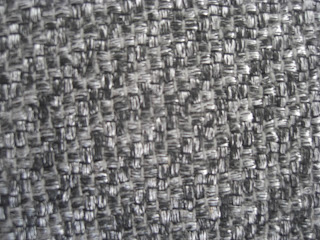 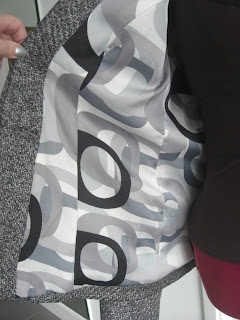 Not having made a tailored jacket for some time I was a bit rusty and referred to the Singer Tailoring book I won in Pin Queen's giveaway last year and also to some notes I had from a speed tailoring course I did years ago in London with the English Couture Company (also available as a DVD).
So I didn't even look at Burda's instructions for this jacket, but other than use speed tailoring techniques, the only changes I made to the pattern were: 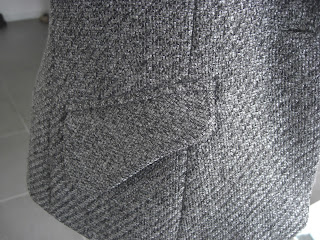 Overall I'm happy with how this came out, there are definitely things that could be done better and though I'm not going to lose any sleep over them, I'll cover those in my inner workings post coming up next.
I've styled the jacket very simply here so you can see it on me, but I think this can work in lots of different ways, either toned down as a grey jacket or spruced up a bit to bring out it's silver side.  I'm looking forward to experimenting while it's still cool enough to wear it. 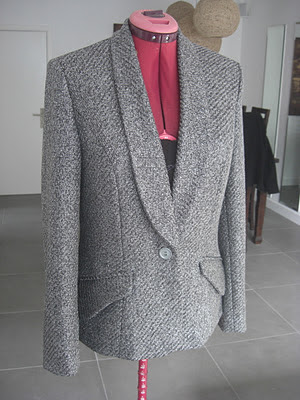 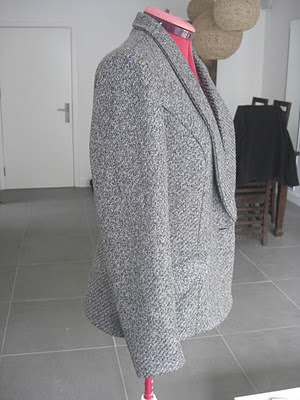 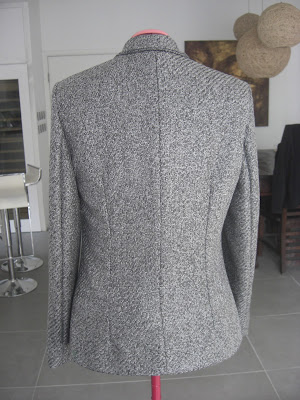 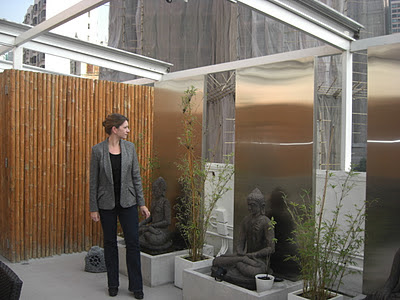 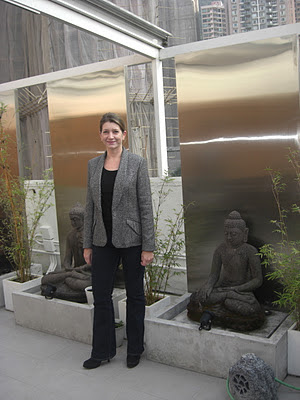 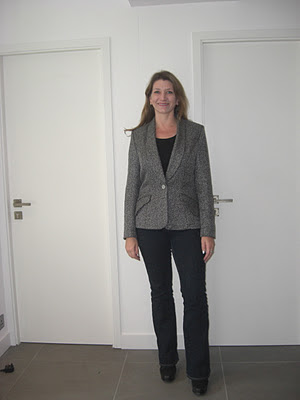