Melbourne fabric spree and my next project

Thanks for the comments on the butterfly tops - it seems that the pattern is still available through McCalls by the way.
While I was in Melbourne over the New Year, I met up with Hong Kong Shopper Vicki and she took me to a great outlet store that also sold fabric which I would never have found on my own so thank you Vicki!  I was feeling less thankful when trying to close my suitcase, but my Christmas weight came in handy for sitting on it to get the darn thing shut!  It was worth it though!  Here we are with our goodies, my pile is quite a bit bigger than Vicki's but I actually only bought 3 pieces, 2 unusual fabrics and one real bargain one. 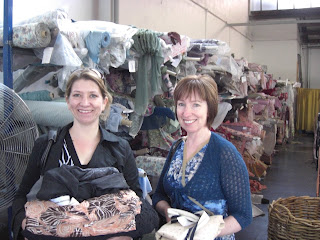 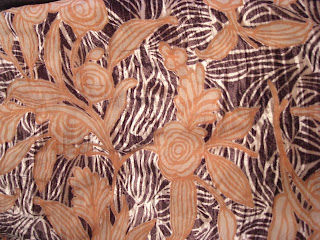 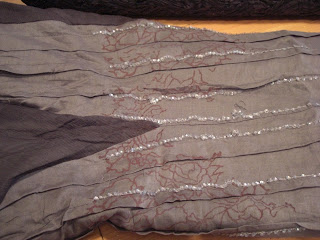 Pre tucked, sequinned fabric with chiffon gores already inserted.  Vicki promised not to let on if I claimed to have done these myself, but there's probably no fooling you guys!  It will be a quick skirt or dress to make with this! 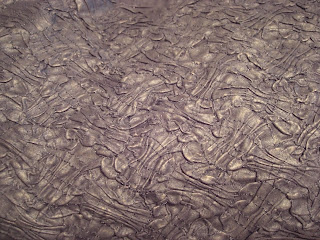 No idea what this is, black/coppery embroidered tucked fabric, it almost has a leather look, this will be a jacket or coat.
I've started working on my next project which is in the current continuing vein of completely random and new patterns.  It's this sporty waistcoat from BWOF 10/2008 - 123. 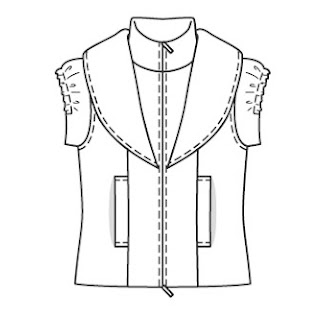 It's coming along quite well - look, I even put in real functioning pockets!  Not that you can fit much in them, but as someone known for lazy sewing, I'm pretty proud of myself none the less. 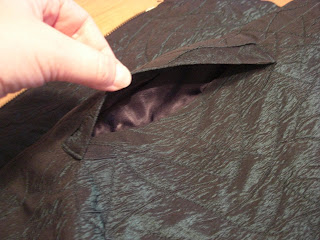