Not the snappiest of titles, but I like to go for descriptive!

Immediately after writing my last post stating that I was back and had lots to post, events conspired against me.  Firstly my camera had to go in for repair which took a week and the repair centre also happened to be located right in an area where huge numbers of pro democracy protesters had gathered causing several major roads in HK to be closed.  They are still closed, but the number of protesters is dramatically lower and it is possible to get around, just takes an age.  Then would you believe soon after I had picked up the camera, Google decided to disable my account due to suspicious activity.  I never found out what happened, but today I was able to reset my password so finally finally I can get going.

First I'm going to knock out 4 garments in one post, they are 2 workout sets, although they don't have to be worn as sets necessarily.

This is the Fehr Trade VNA top and Duathlon capris, both of which I have made before and reviewed in more detail here.  The fabric is a panel print so I wanted to utilise both parts - the crazy coloured bit and the black and cream section.  It's a slightly thinner fabric than I like to wear at the gym (TMI, but I sweat a lot and the wet t shirt look is not good on me!) so I underlined the whole thing with some powernet.  I thought it might be too hot, but I've worn it a couple of times and it works well.  Maria bought the same fabric when she visited recently so it will be interesting to see what she does with it.  I still have some left so I can copy her anyway! 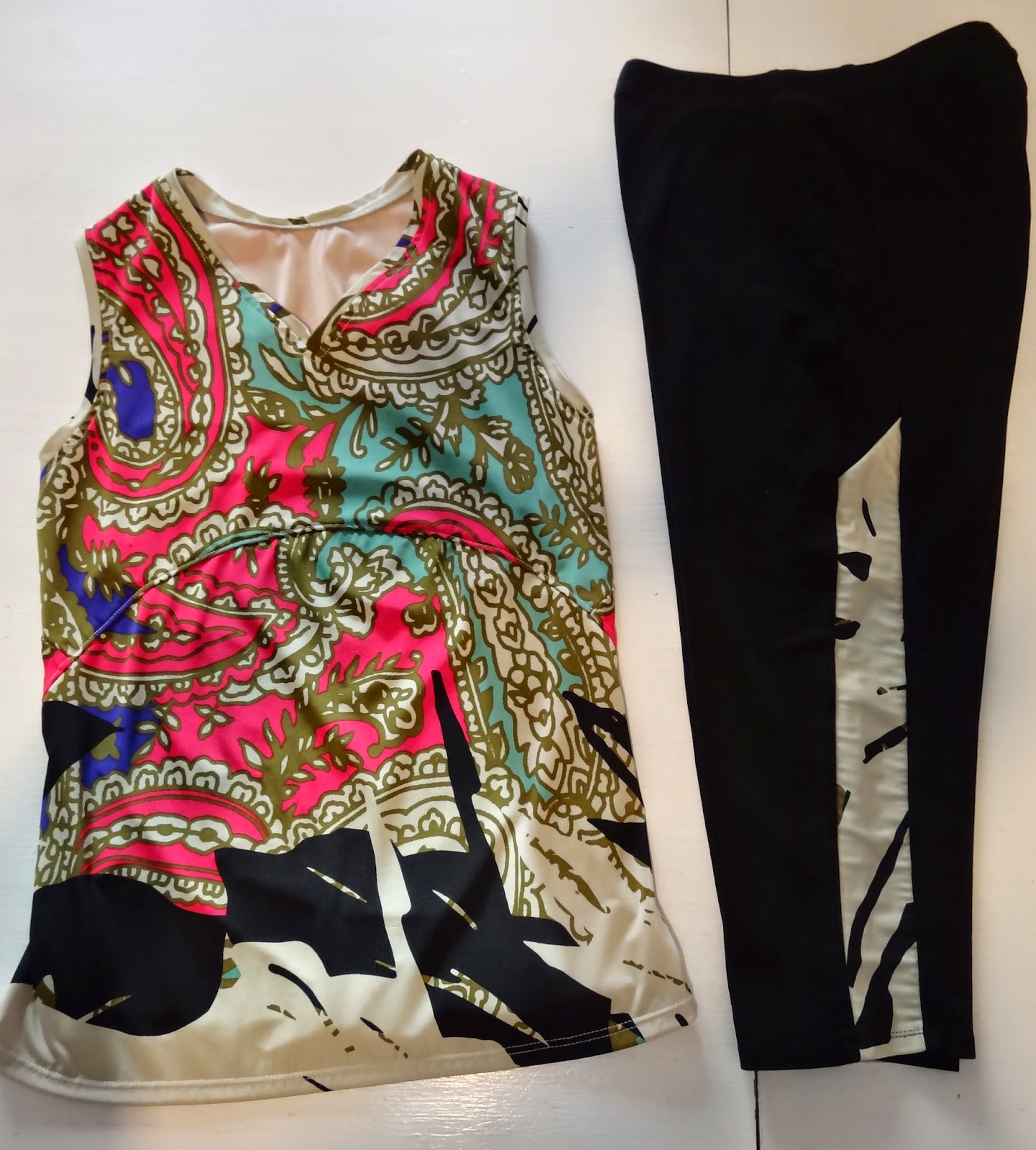 I lengthened the VNA top following the instructions included in the pattern.  The shaping and point at the back means that you can't just add onto the hem so I appreciated that the method was included. 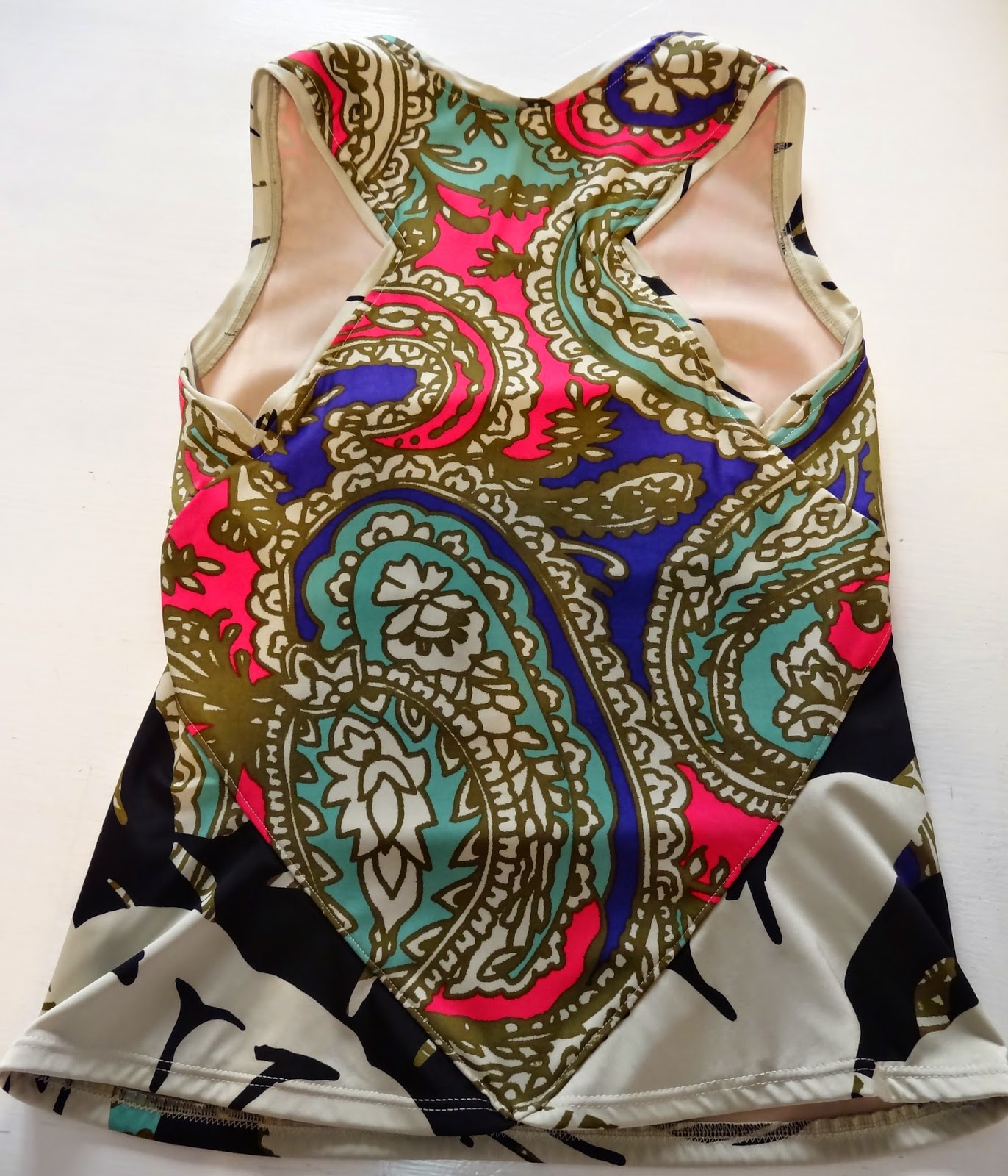 For the second set I started with another pair of Duathlon capris, I ended up taking in the pair above enough at the side seams that I decided to cut a size small for these.

The top is BurdaStyle 07/2014 114 and although not specifically a gym top the magazine showed it in a sporty section and I liked the colourblocking so decided to give it a try. 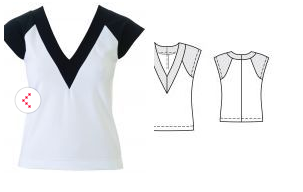 I made my usual Burda size 38 and it went together really easily.  The drafting is excellent and even the instructions are pretty good so you get a nice finish on the v neckline.  But..... 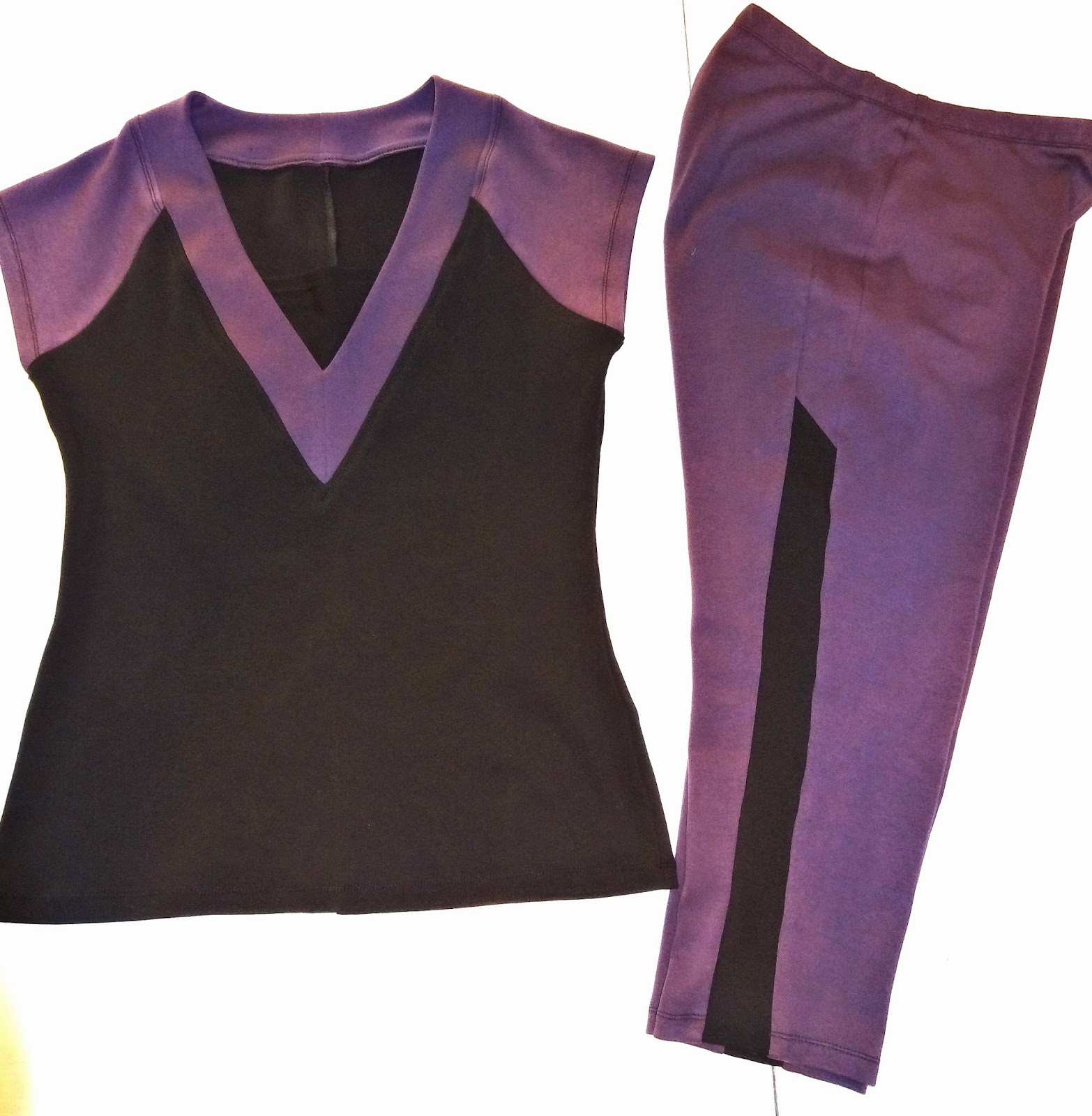 I think you can immediately see the problem I had with this pattern!  Now I really don't care if a bit of my sports bra shows when I am working out, but this was ridiculous!  I often have this issue when others don't so I think I have a short upper chest, but it's something to watch out for if you make this pattern.  I was really happy with the rest of the top though so I just stitched on a kind of modestly panel at the neckline. 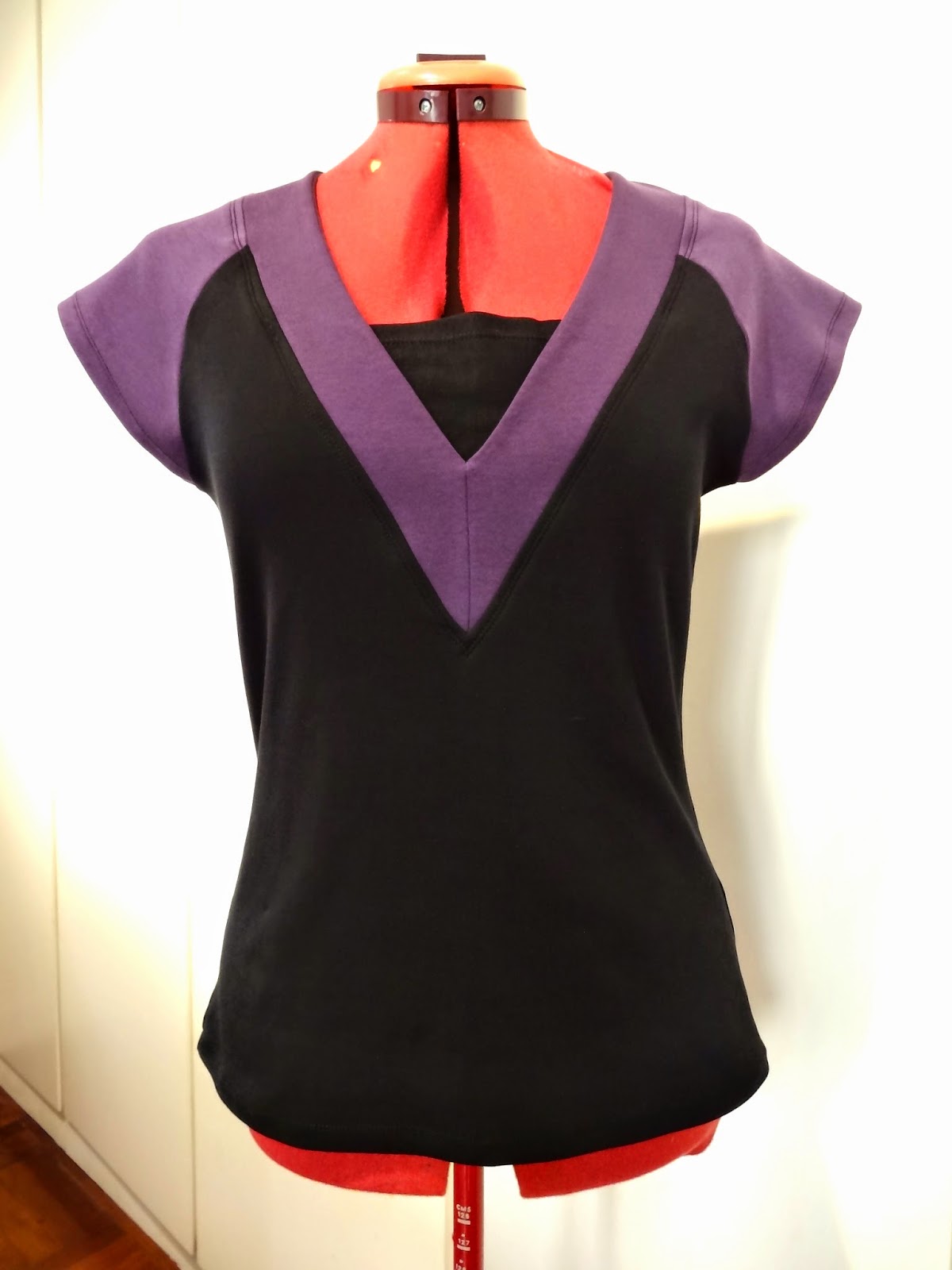 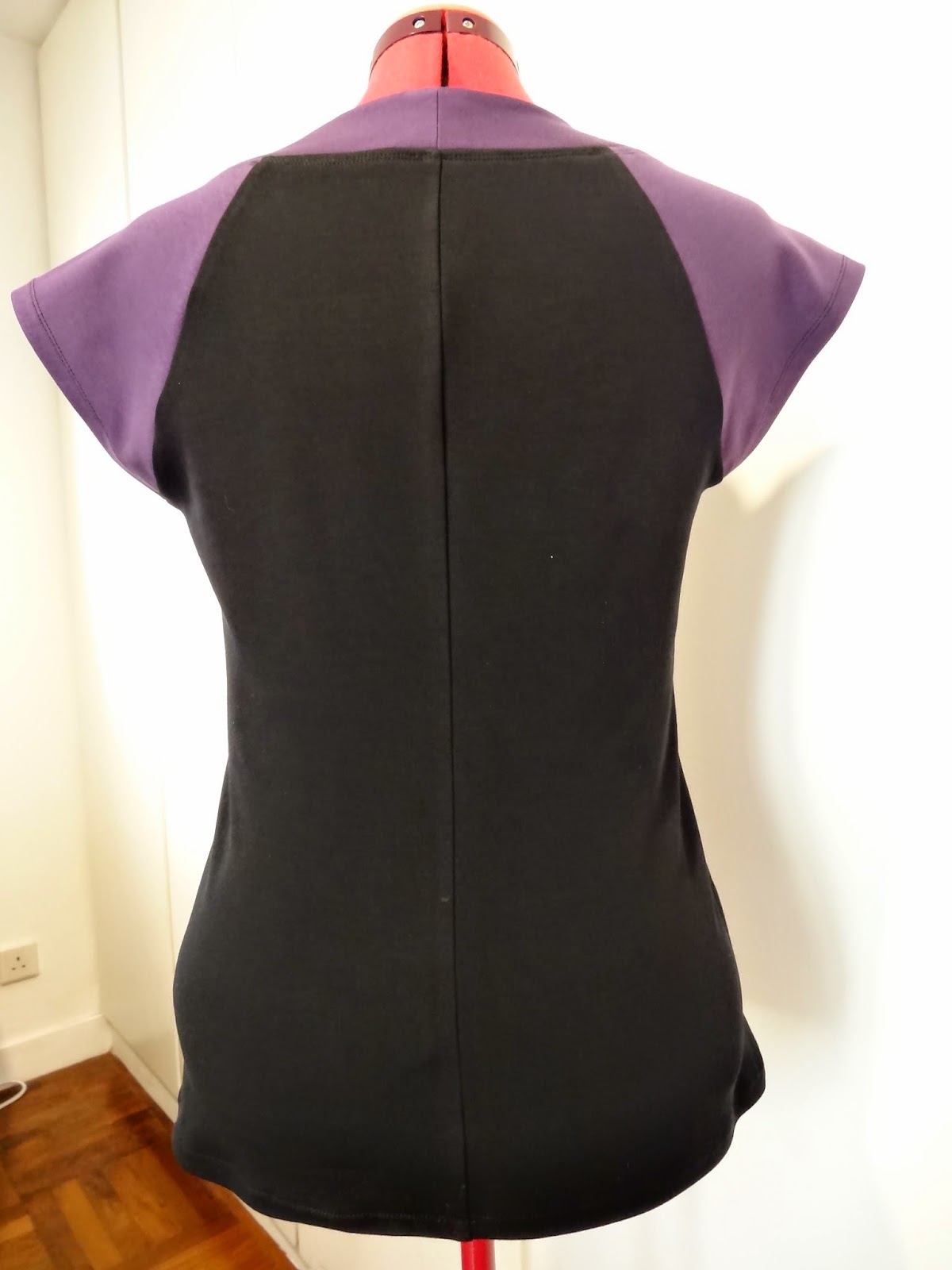 Here is the inside view of the modesty panel, you can see I did a rather slapdash job, but I cut a scrap of fabric, hemmed the top edge, pinned it in place before topstitching the whole neckline and then trimmed away the excess. 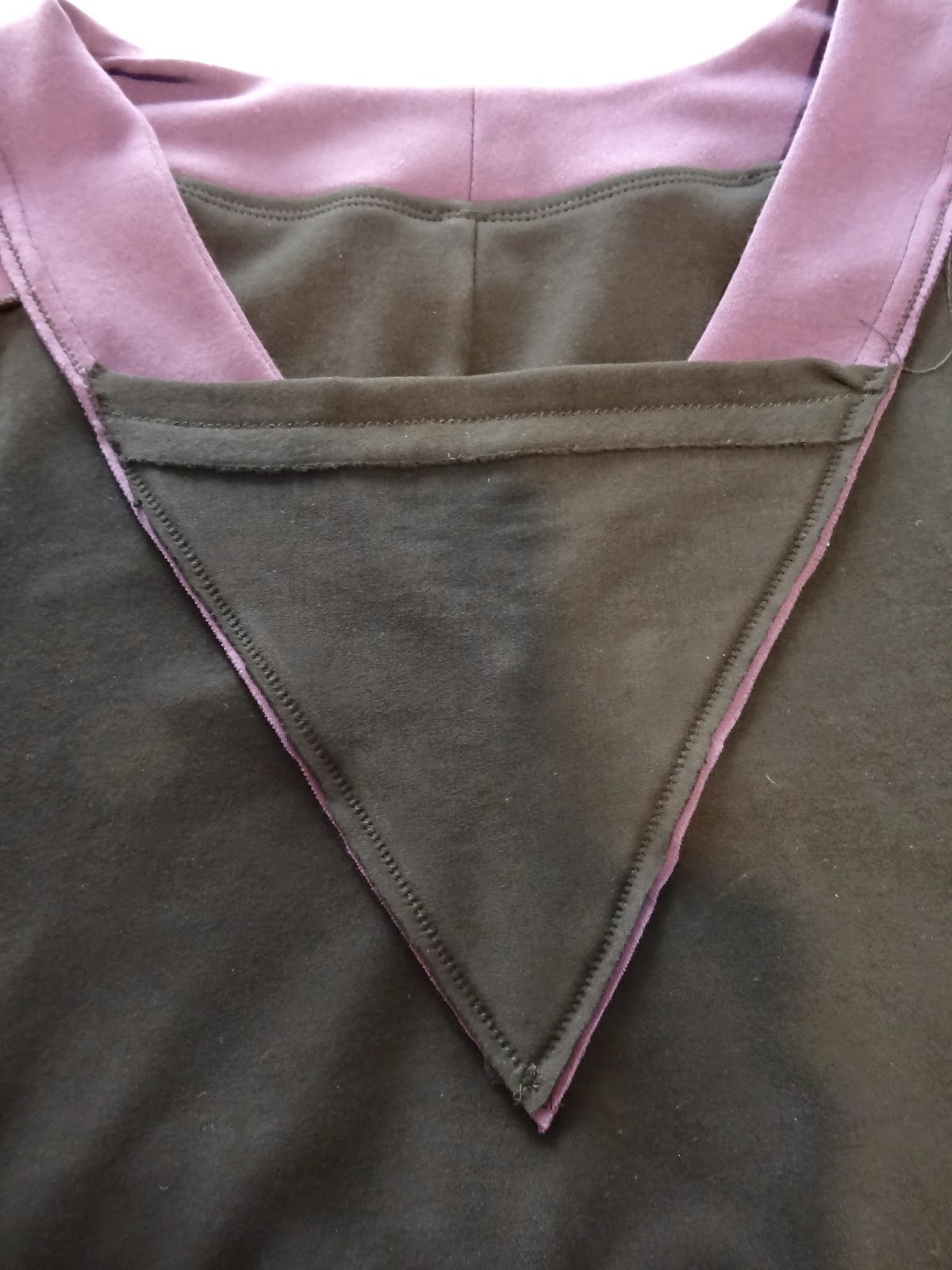 I wasn't going to post photos of me wearing this stuff, but I always find it invaluable on other blogs and reviews so here you go.  Bear in mind I decided to do this on Friday evening 15 minutes before I'm supposed to be leaving the house so this was a real rush job, probably the best way in retrospect, don't think about it, just do it! 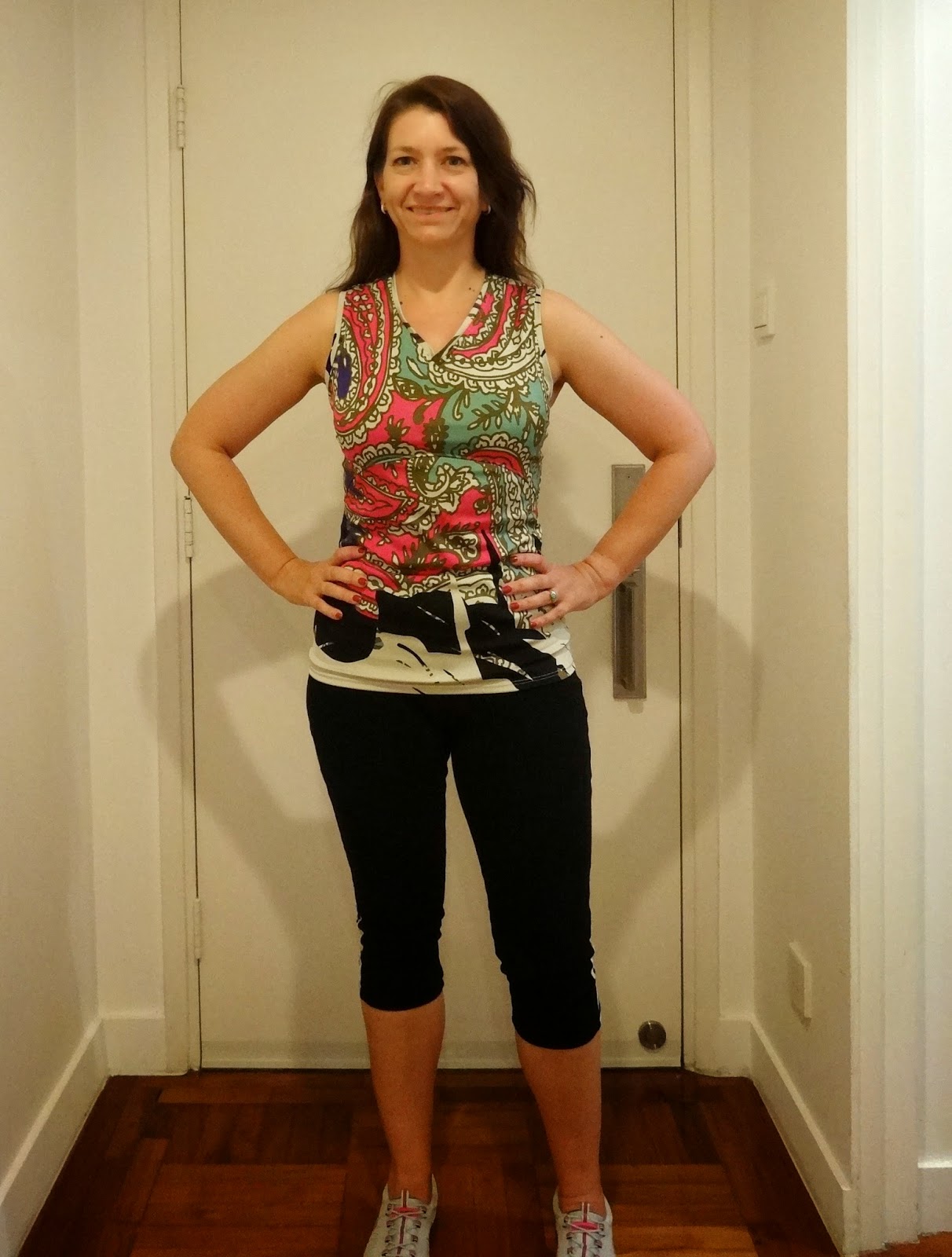 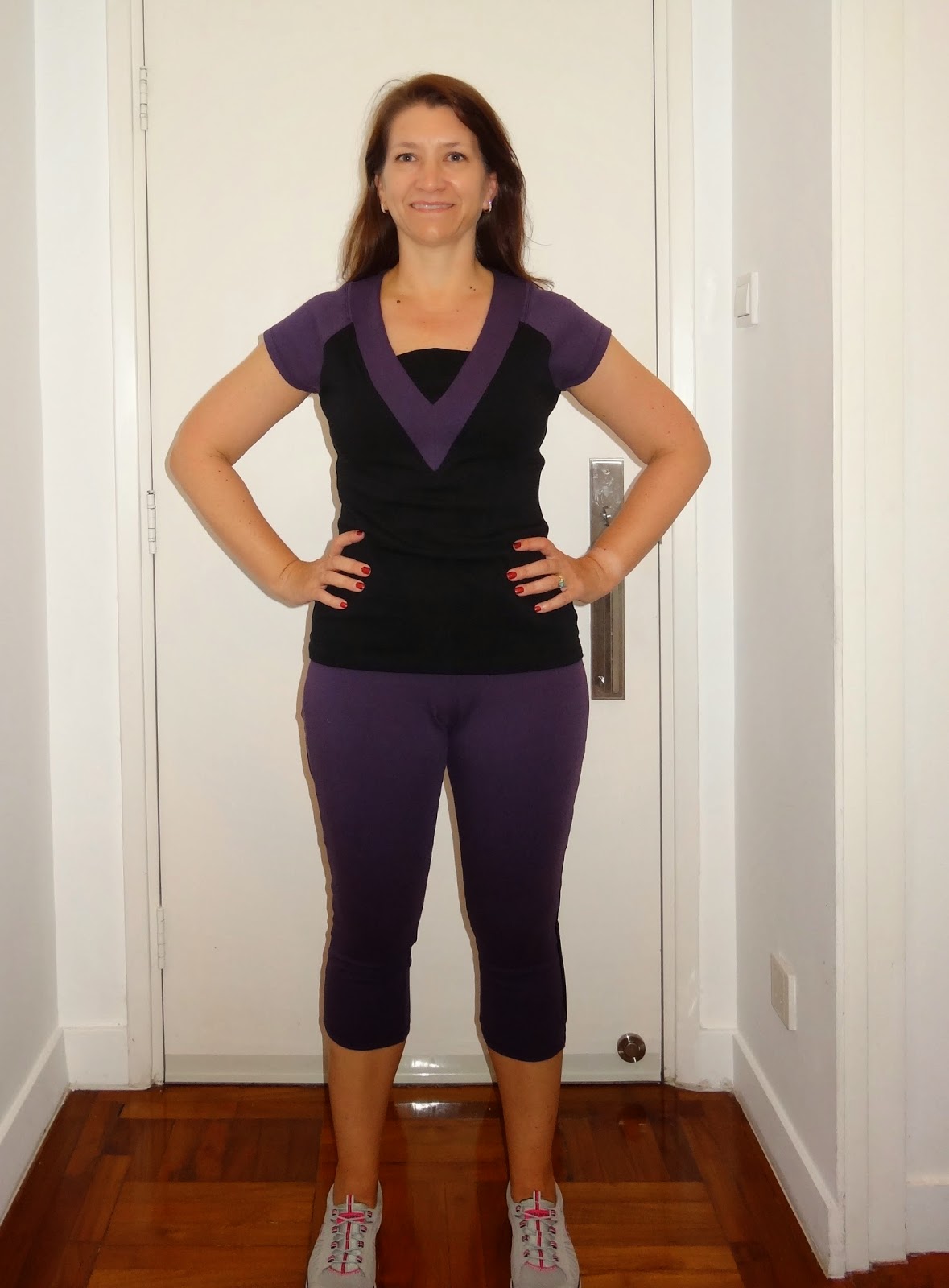 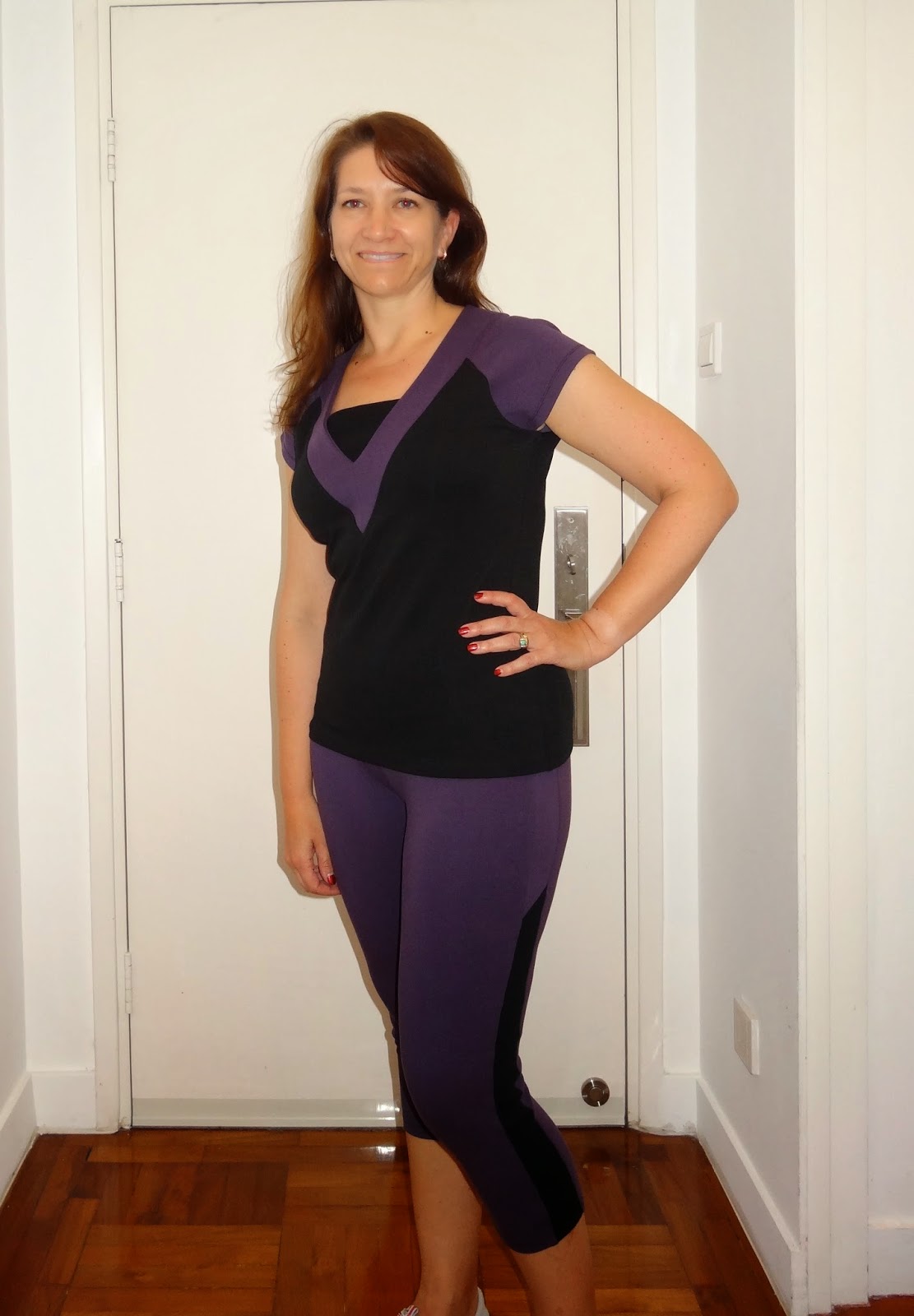