Last winter I wore my Mc Call's cardigan / jackets (6996 / 6844) so often that when this pattern was released earlier this year I bought it straight away. 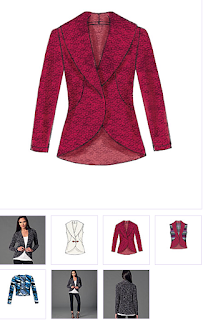 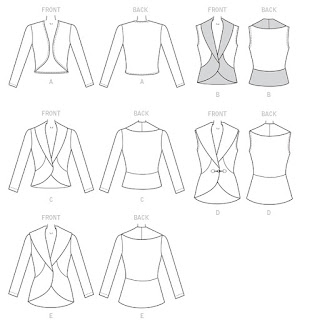 I made view E, the longer, sleeved version in some leftover black double-knit.  Those collar bands however are fabric hogs and I didn't have enough so I decided to use a contrasting textured fabric for the outer band.  As soon as I pinned the collar band on I realised how stupid I had been because of course the band folds over and you see both sides.  Fortunately I had enough of the textured fabric to cut another band and unpick the original to salvage the textured fabric from that one.  If you decide to colour block remember both the inner and outer collar band need to be in the same fabric - trust me it looks silly otherwise.

Other than that silly error the cardigan went together really easily.  The textured fabric was tricky to sew and press - kind of like bubble wrap - so the edge isn't as crisp as I'd like and getting the seam to roll to the correct side is almost impossible.  Binding the raw edges together might have been a better option, but I am definitely not unpicking it again! 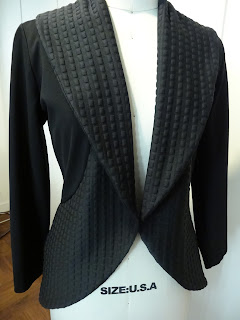 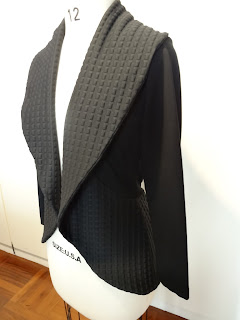 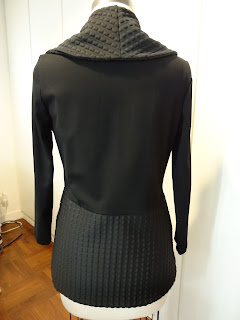 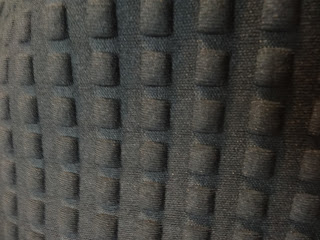 I'm still debating on whether to put some kind of fastening on the front, I'll probably wear it open most of the time, but I feel like it needs something.  I like the toggle option on view D which could easily be added on later.

I think this will get as much wear as it's predecessor, the things I loved about that one apply equally here - it looks like a jacket, but feels like a cosy cardigan to wear. I plan on getting some sweater knit for another version and I would like to try the shorter view too. 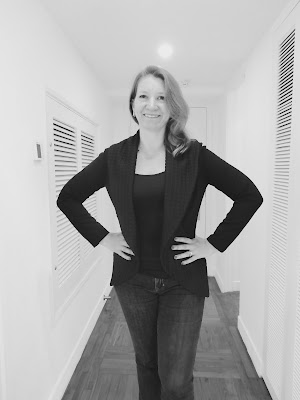 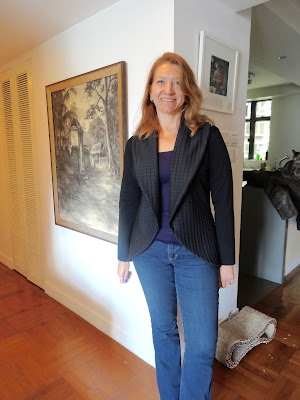 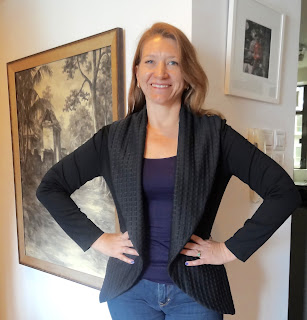 I'm excited to report that I have finally retired my 20 year old dress form and bought a new one from a store in the "garment district" of Hong Kong, Sham Shui Po (Nan Yang Mannequin for future reference).  Ordering was interesting as the saleslady had limited english, though it was certainly better than my cantonese, so there was lots of sign language involved, but I had printed things out from the website beforehand which helped.

Speaking of 20 year old notions, a commenter previously asked about my pattern weights which are ancient, but were made for Olfa to be used with cutting mats and rotary cutters.  They must still be available although I've seen tips to use large washers from DIY stores which look perfectly up to the job to me.

Anyway, now I have a proper working dress form and no more scheduled houseguests I'm hoping to get back to regular sewing and blogging.  Lots of catch up posts in the works!