It's quite unbelievable that I have not only made, but blogged something from the November issue in the first week of November!

Ok so I made something easy, the 105 raglan sleeve top with a tie at the hips.  Also available as a sleeveless halter style, 104.

I can only find a link to 104 on the BurdaStyle site, it's the same pattern pieces, other than the sleeve so I wonder if they have bundled them together.  Or I have made this so fast they are still posting the November stuff!  If you buy the pattern as a pdf from the website you'd be better off getting 105 with the sleeves so you get value for money.

The images below are from Burda Russia. 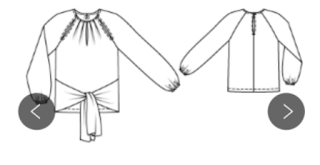 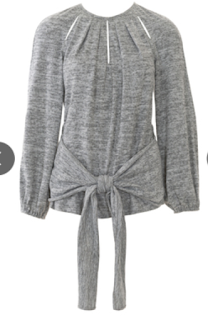 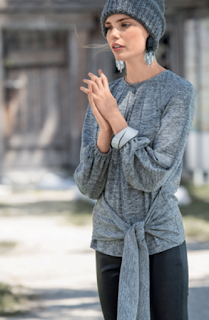 This is a pretty straightforward top, although I made a couple of modifications which sped things up a bit.  I left off the front neck split because I didn't think my fabric would behave and I also left off the slits in the raglan sleeve seams because they would just show my bra straps.  I did put in the back neck split in case I wouldn't be able to get it on over my head, but didn't have a suitable button so I ended up stitching it closed just at the top.  The instructions say to finish the neckline with some braid, I just used a doubled facing strip turned to the inside. 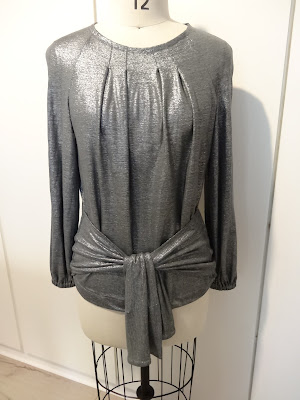 In my last jacket post I mentioned looking past the fashion photographs and checking the technical drawings instead and many of you commented you did the same.  This is one case where looking at the photos does give you a truer story than the drawings as Fehr Trade  highlighted in her recent review of the magazine.

In both photos the tie looks really long and is tied at the side, the line drawing looks quite normal and is tied at the centre.  In fact the ties are ridiculously long, I chopped about 12 inches off each one!  I did this at the end because I was not unpicking my finished side seams, but it would be better to do this adjustment upfront and take the length off the end that joins the side seam.

Also bear in mind that the wrong side of the tie may show especially if you knot it so if your fabric has two different sides and is lightweight enough you may want to double the ties.  I would have had enough fabric to do this if I had known about the tie length issue, grrr! 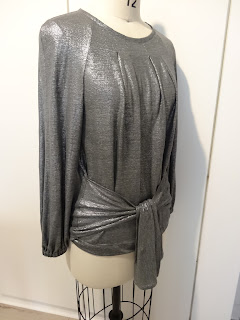 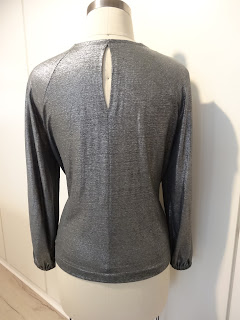 Fabric suggestions for this version are listed as:

which makes me think this could be made up in a non stretch drapy fabric with a functioning back fastening.  I might try this as despite my grumbles I do really like the top and it is quick and easy to make and works well with skinny jeans.

Finally switched off the air conditioning this week so I am thinking about cooler weather, the changing seasons and dare I say Christmas!  This metallic version will be perfect for casual holiday parties, I admit it's kind of 70's disco, but fun.

For a glorified t shirt I seem to have a lot to say about this pattern, so I will end now with photos of me wearing it.  (The jeans I am wearing are also Burda - 3/2014-115 blogged here) 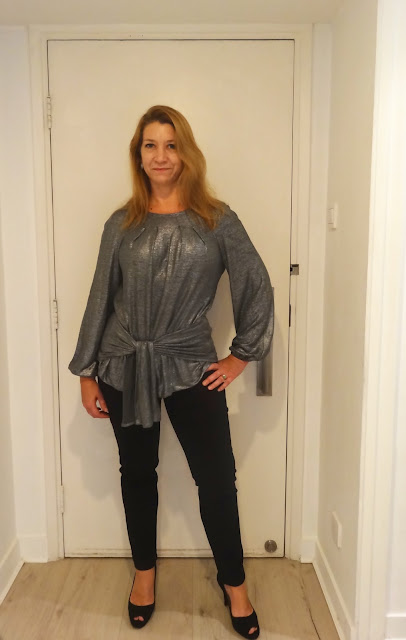 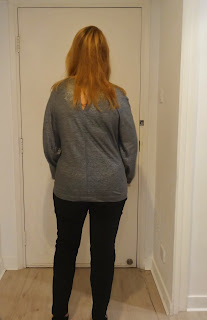 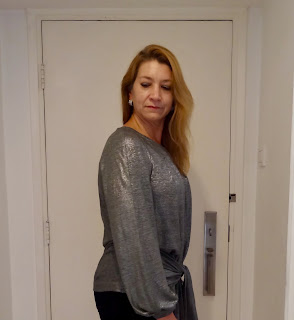 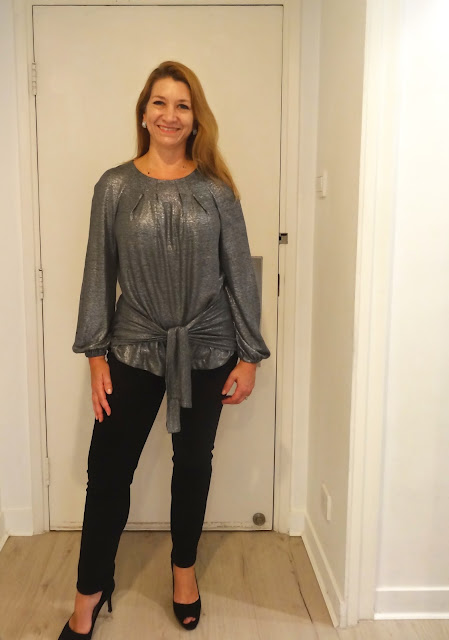