This is skirt 128 from the August issue, another great release in 2016, I am just loving Burda this year having hated 2015!  There is also a view (129) with a deeper waistband and a curved hem that I may try. 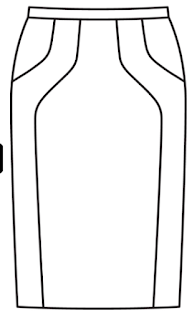 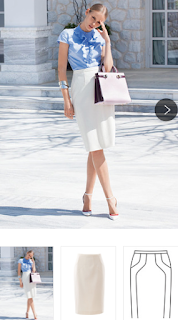 I made this in a stretch denim and for some reason I really wanted to make it midi length so I just lengthened it from the hem.  This should work well in cooler weather too. 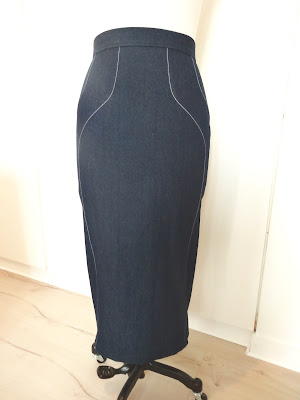 The curved panel seams are topstitched with a grey topstitching thread so they stand out, but regardless the seams give the skirt a great shape and fit.  That said, I've only just noticed on seeing these photos that on my dressform you can hardly see the upper yoke pieces in the front view.  I think this is because I cut a 38 at the waist and a 40 below and then adjusted the side seams to fit me.  Somehow on me the side seam is at least in the right place, but I guess I have lost a portion of that upper piece which is the same pattern piece for all sizes.  I think I will retrace the front and side front in a size 38 and only add a bit extra at the side seams.

(Funnily enough Burda, in its own unique way, calls these wandering panel seams and mine do appear to have done just that!). 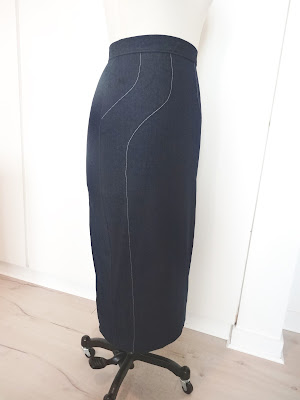 Those upper yoke parts are the only slightly tricky bit to sew - I stitched a line just inside the seam allowance on the yoke and then clipped into the seam allowance.  You can then straighten out that curve and easily join it to the side front panel. 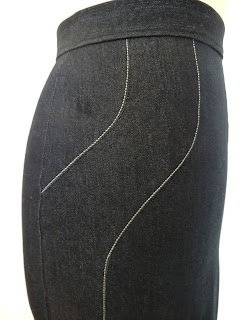 The back is comparatively plain although I did also topstitch the seams there. 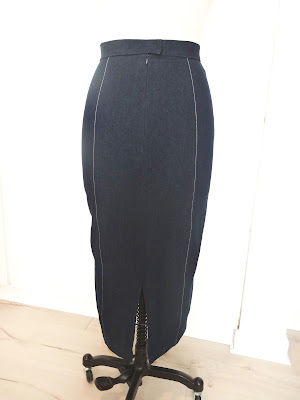 It turns out that dark denim is as hard to photograph as black so despite lightening these photos it's still kind of hard to see anything, sorry!!  But don't let that put you off making this one up, it's a great pencil skirt pattern and I will definitely be making it again once I've retraced those front pieces - I'll let you know if my theory is right! 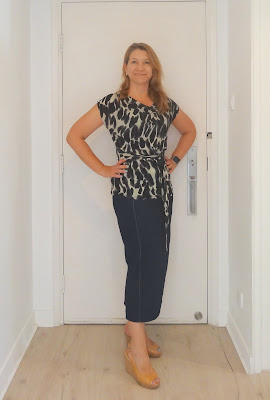 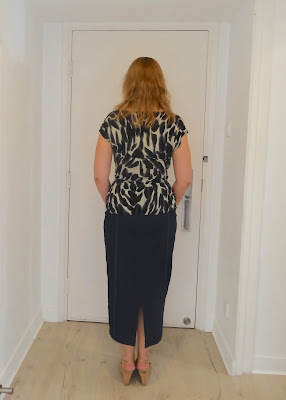 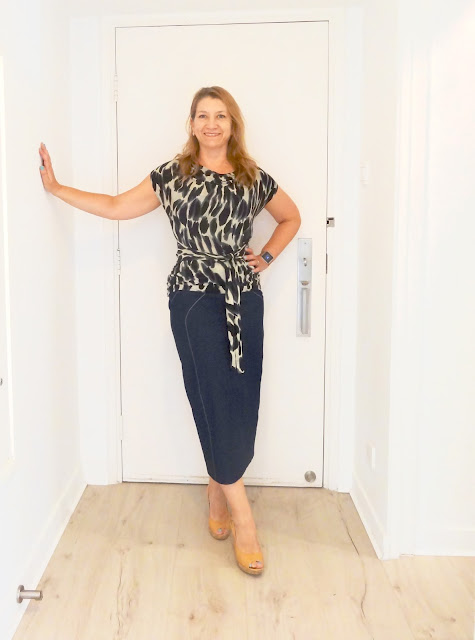 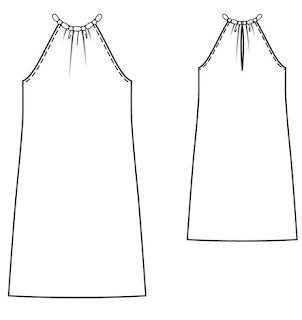 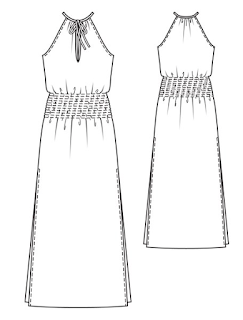 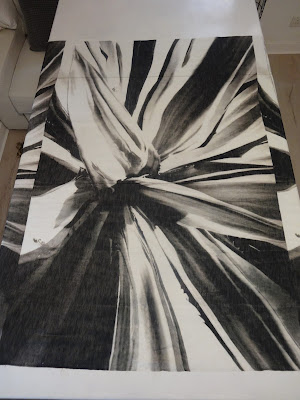 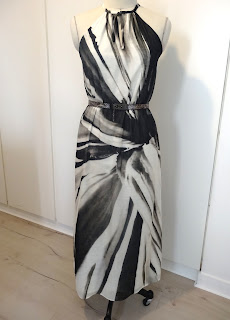 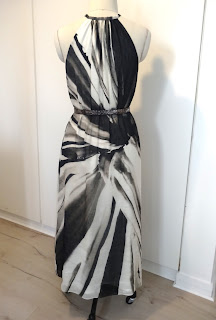 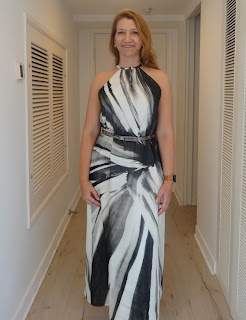 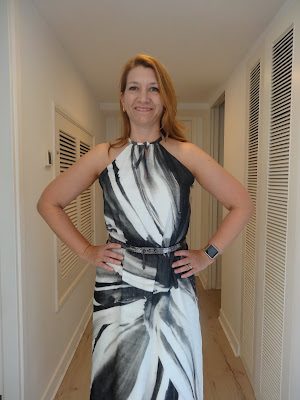 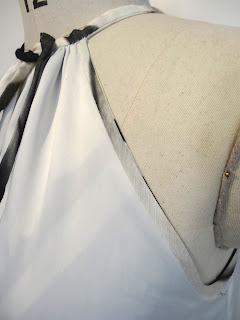 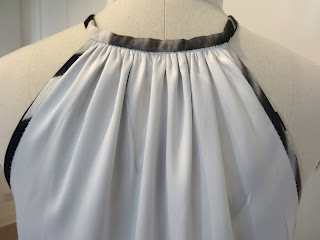 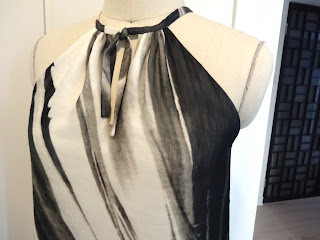 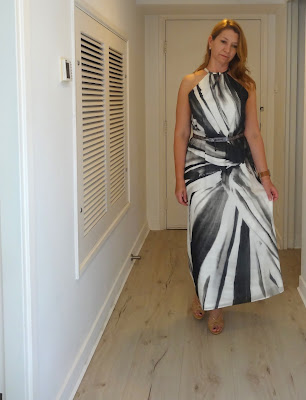 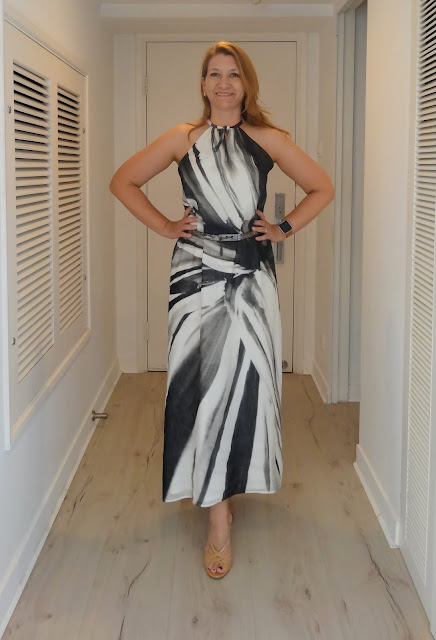 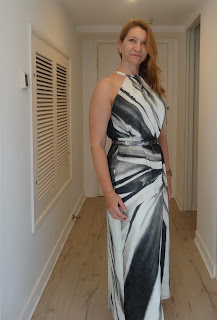 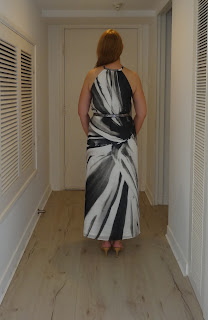 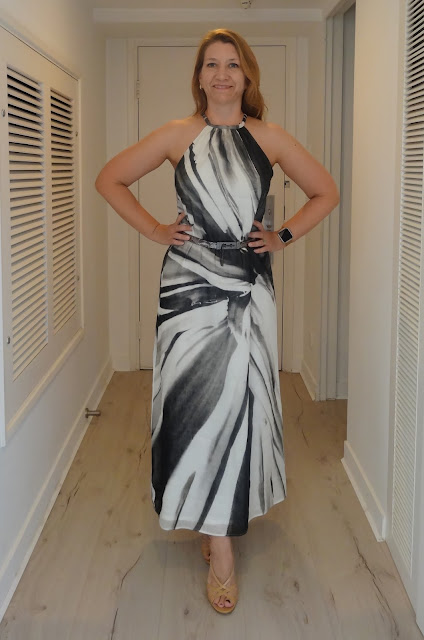