Thanks all for the feedback on the scarf tie top from my last post, maybe the fabric stretched a bit - anyway I agree with the majority of you and have hacked off the ends of the tie so that it is now hem length.  I think this is a style that needs a lightweight drapy knit, but it looks (from the way the sleeves hang) like Burda's version is made with a stiffer fabric so it could work, you'd just need to accept that the knot area will be bulkier.

A few months back Style Arc in addition to their usual free monthly pattern, were doing a 3 for 2 deal on their new tops so I picked up a few including this casual Maggie shirt.

I thought it would be ideal for summer and easy to sew.  While it is both of those things, I feel a bit blah about the finished garment, there just seems to be too much fabric and it feels like it keeps slipping backwards although a belt helps.  The illustration seems more accurate than the line drawing. 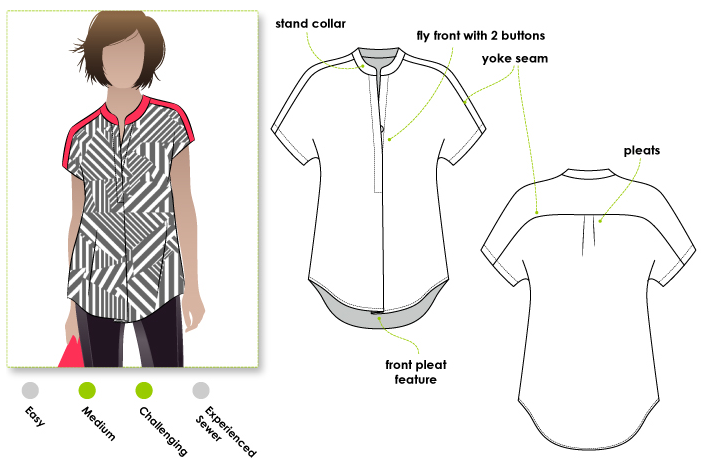 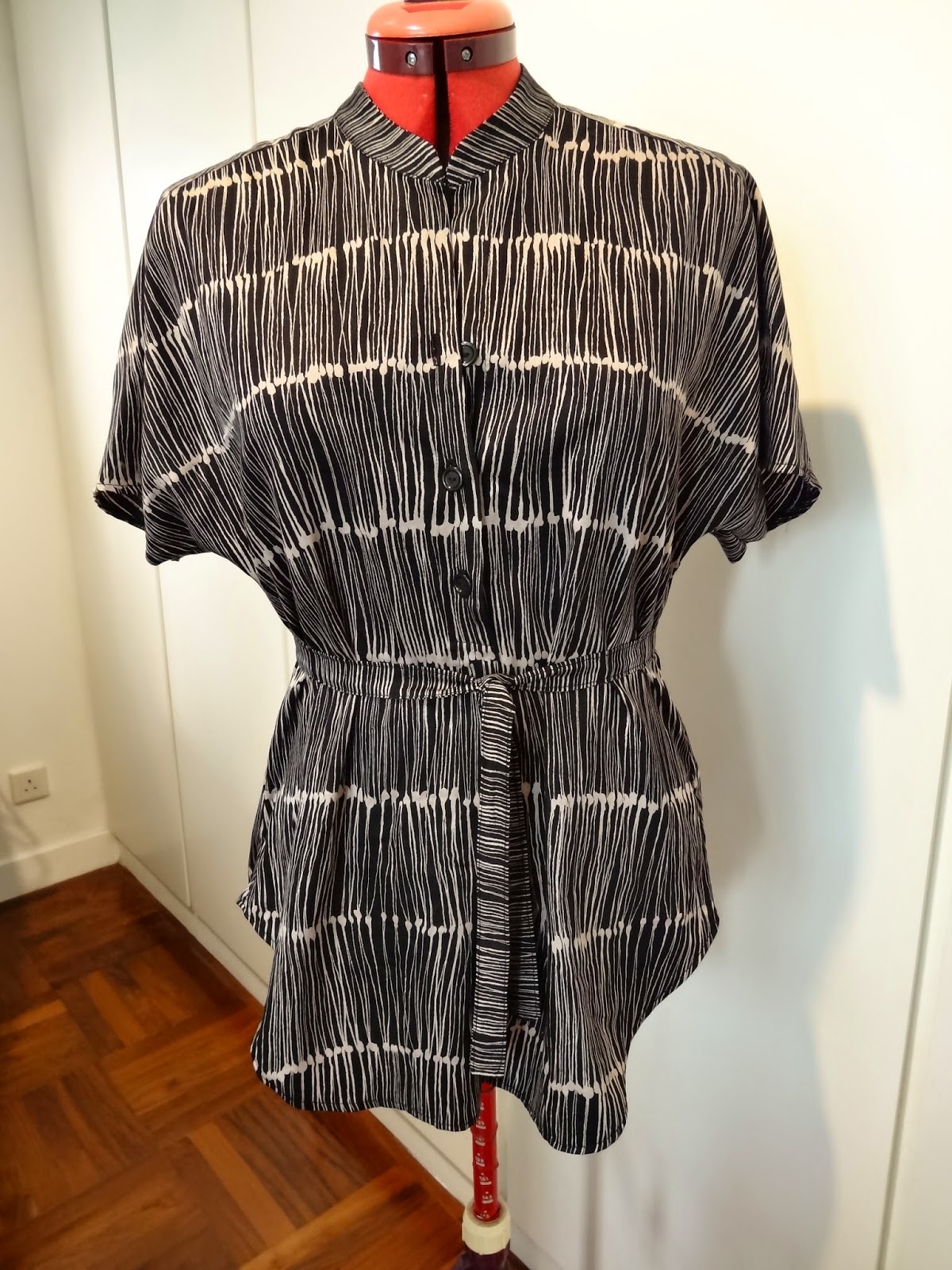 I used a black and beige printed cotton and although it is lightweight I'm wondering if something drapier would work better.  I cut my yoke on the cross grain rather than use a contrast, I do like how it wraps over the front. 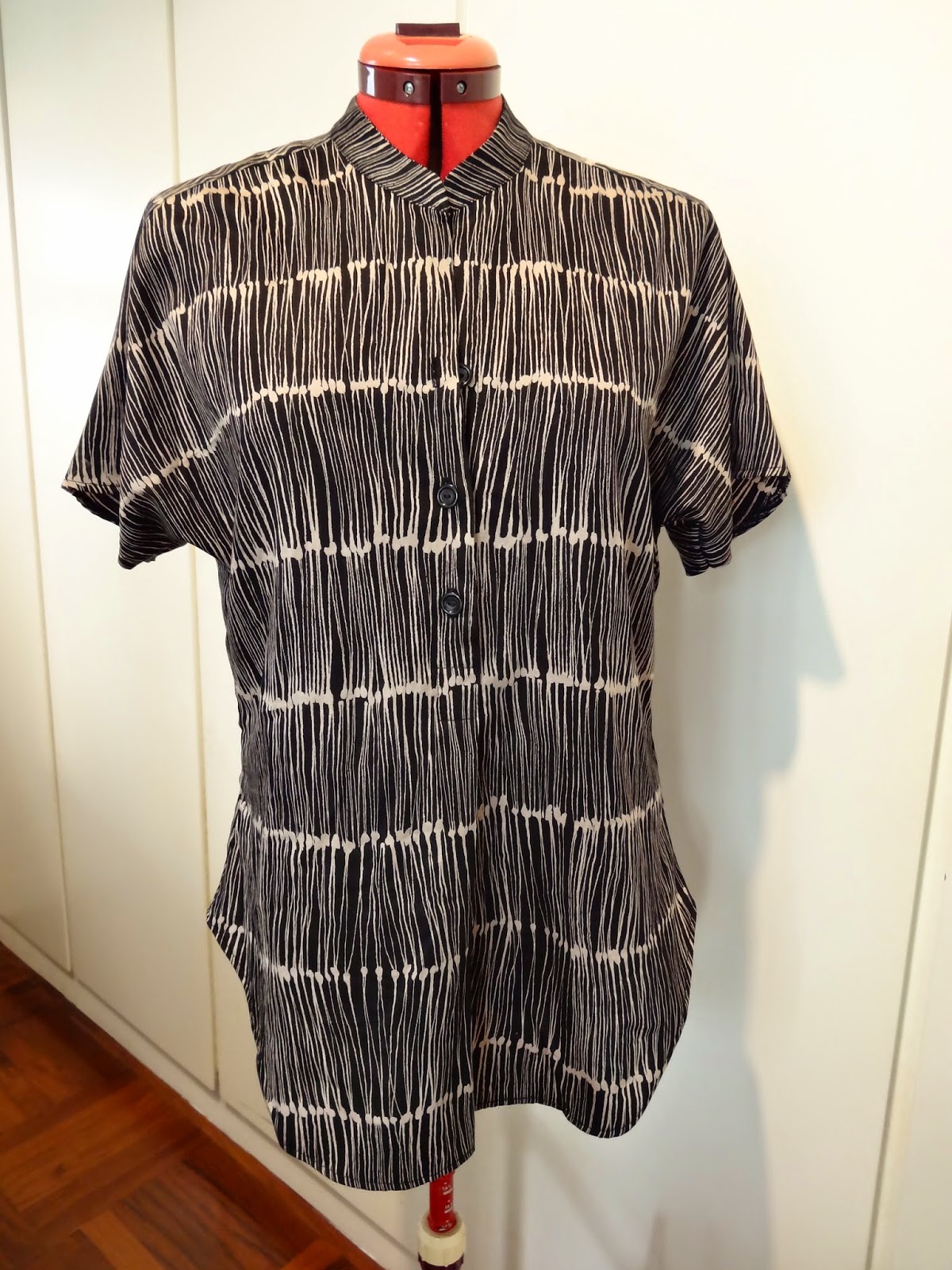 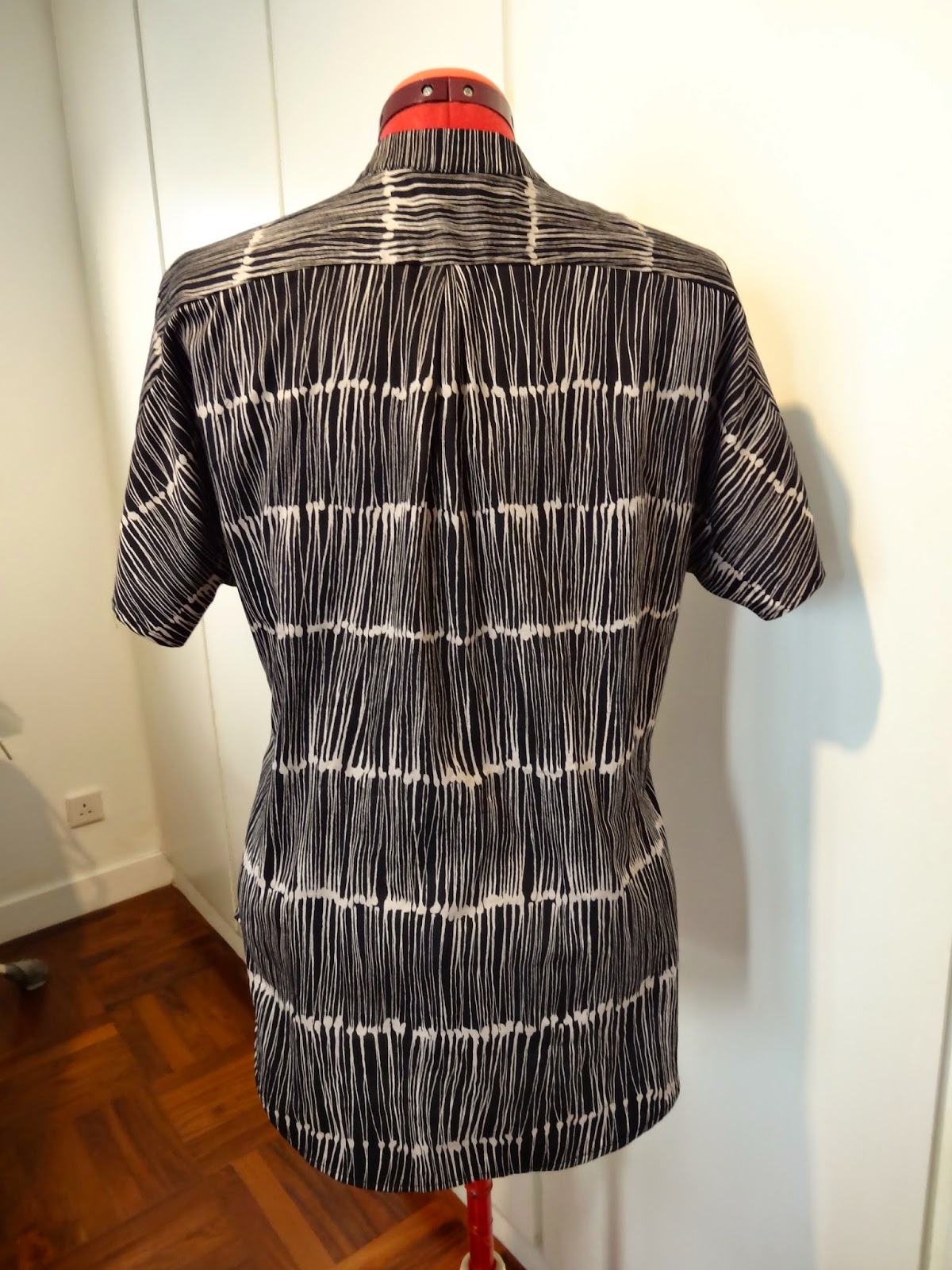 The instructions are as usual quite sparse, but adequate.  The front is cut in one piece and you need the pattern piece in front of you to figure out how to fold it to create the front pleat and placket correctly but after that it is very easy to put together. 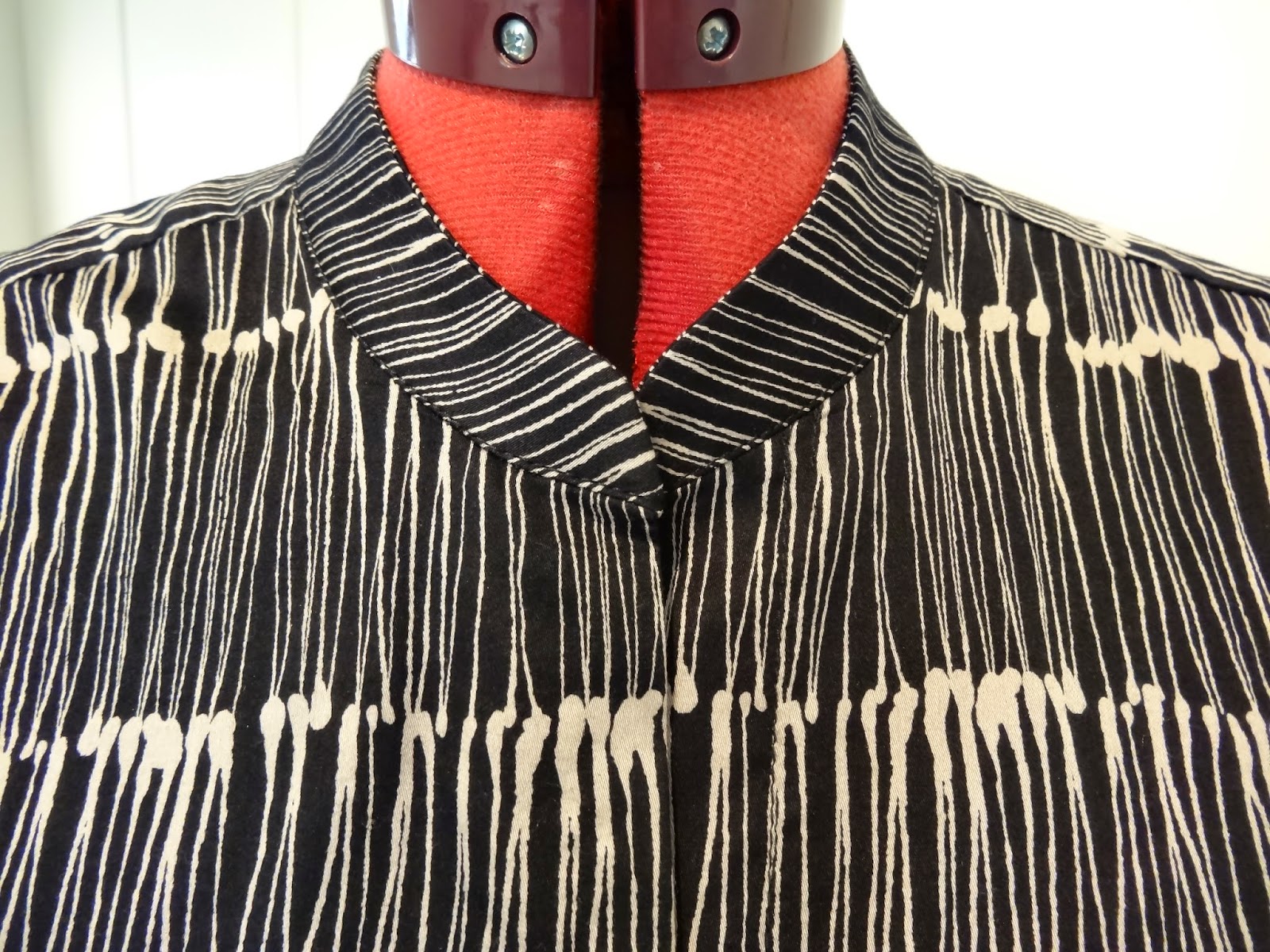 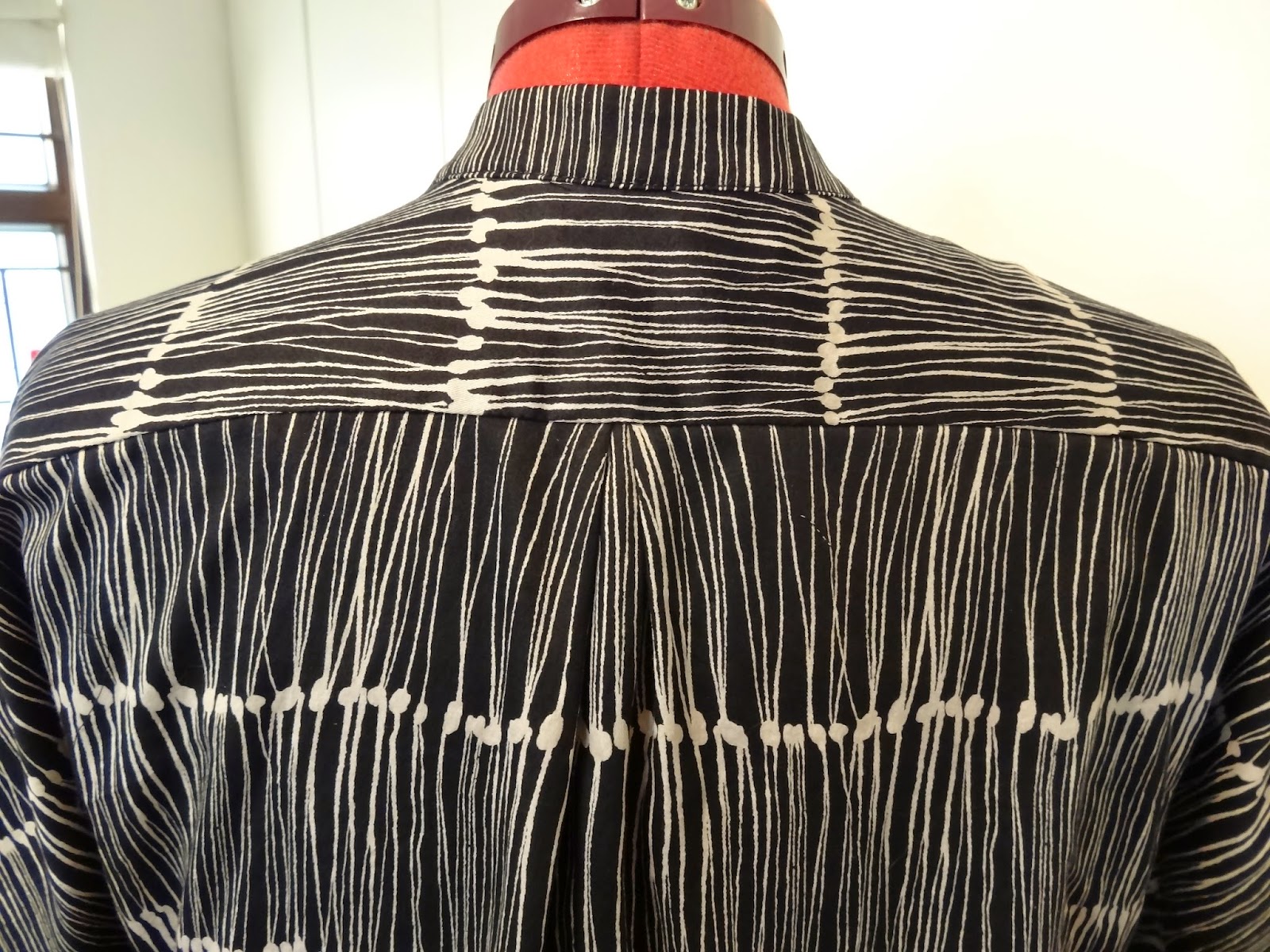 I finished this up except for the buttons, put it to one side and filed the pattern away, that's how unexcited about it I was.  A few weeks later when I finally got some buttons I didn't refer to the pattern and ended up putting them on wrong so they are visible instead of being hidden in the placket.  Too late now and I suppose it's not a big deal, but it does remind me even more of a pyjama top now! 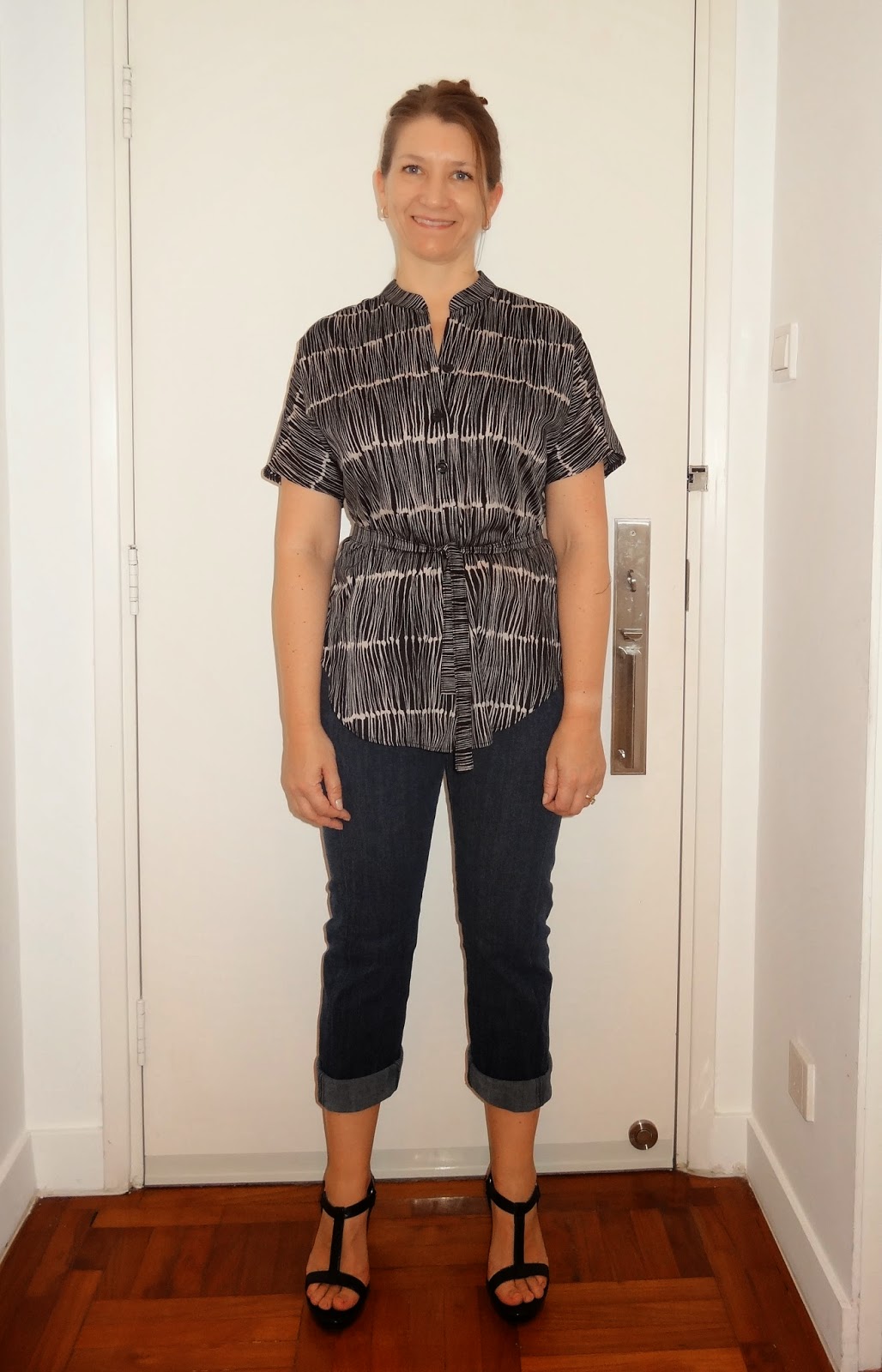 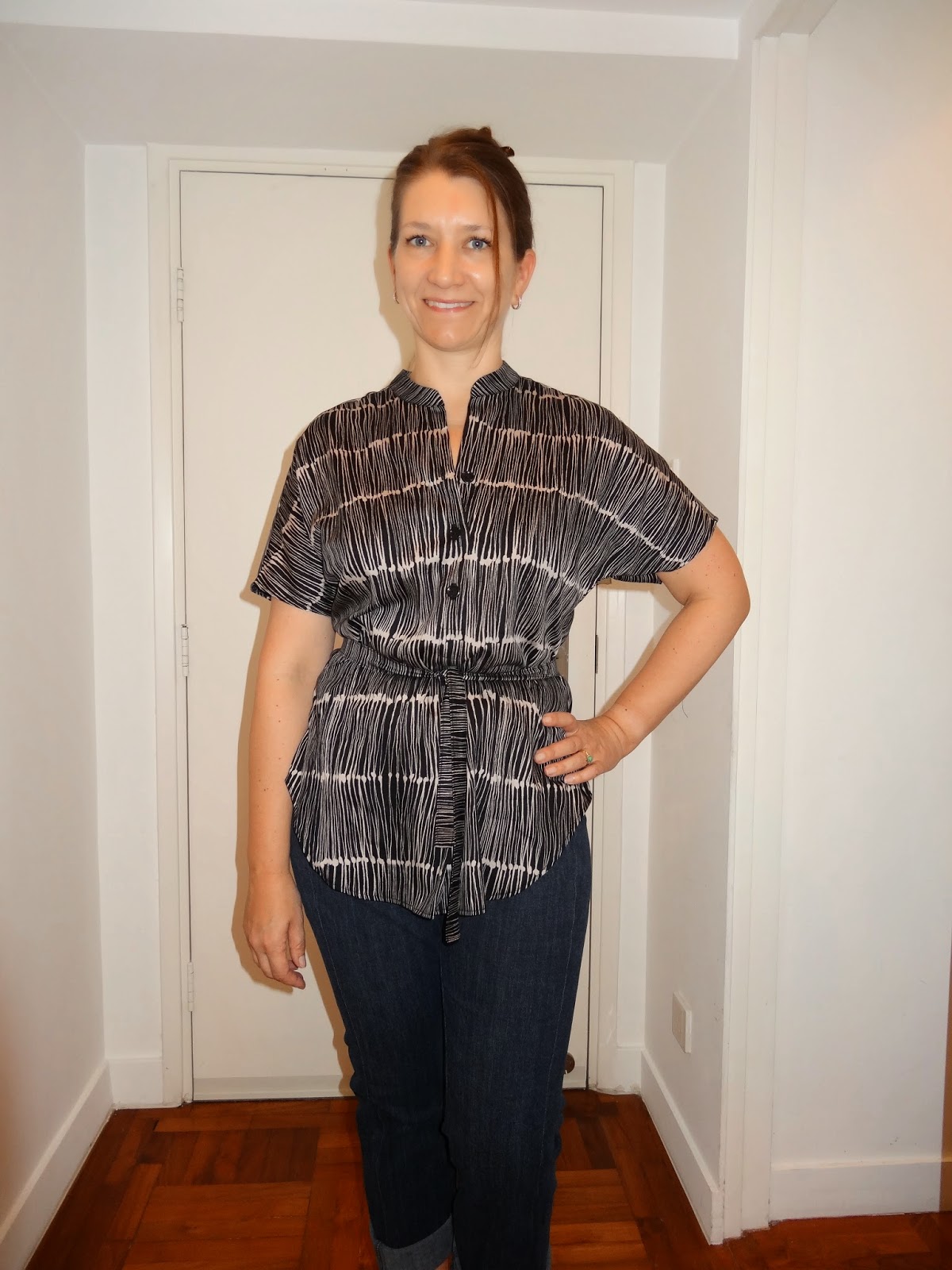 Despite all that, it is ok and is in versatile enough colours that I will wear it, but I was reminded of a burda shirt I made a few years back that I wore till the fabric wore out, I think I will stick to that one in future for this type of shirt.  It took a bit of digging, but finally found it - 06/2008-105. 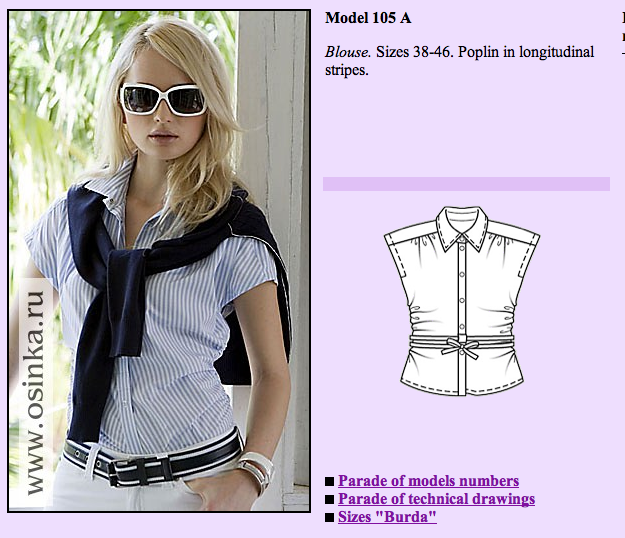